Get Yourself Connected: Gritty Irish Reality Shows and the Rise of Cuddly TV

It was quite the TV night last night. The Twitter Collective were glued to the small (and then smaller) screen en masse as the Autumn schedule really kicked off.

Personally I can't stand MIC or TOWIE. Which kind of sounds like I have a problem with acronyms but I am actually not that grammatically sensitive. It's the scripted reality genre that makes me reach for the remote (or the uppy-downy as my mother calls it). Yes, I loved to have a schneer at The Hills but the last laugh was obviously on me because they were raking in the dollars and revealed it all to be a complete set up in the final episode. And sure, the current crop of reality TV cuckoos would claim that it's all real but that's totes what they are going to say.

So when RTE 2's 'Connected' aired last night I expected not to like it. But it was actually quite gripping. Of course those involved are doing it for a particular reason (exposure, furthering their career…) but that doesn't make their stories any less real. Yes, they are depicting whatever element of their lives they want us to see but I found it strangely compelling. 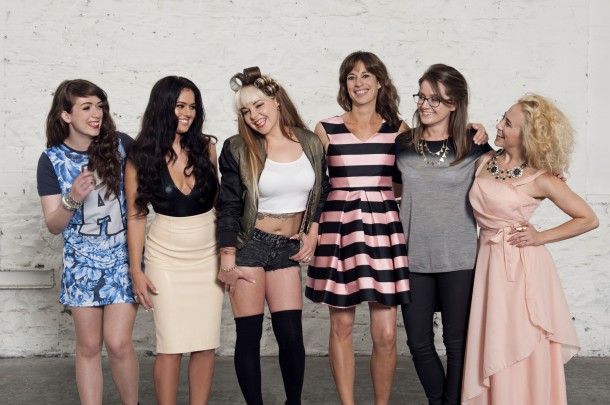 Last night we met Temper-Mental MissElayneous who had an articulate fluidity that I could have listened to for hours; Venetia, a radio producer who is struggling to make ends meet (as opposed to N's Meat that as a child I thought was a dish that only very poor people ate. And if you couldn't make it, well then things were really tough), and finally Nicole who left us all asking, well, WHEN ARE YOU GOING TO DUMP HIM?

We'll be meeting three more participants tonight and I know that despite all the other things I could (and probably should) be doing, I'll be tuning in.

The other talking point last night was Tv3's 'Darndale: Edge of Town'. The pejorative title makes it sound like it's a lawless suburb, better suited to featuring in a Western with swinging saloon doors and pistols-at-dawn. And no doubt it will give radio presenters like Adrian Kennedy and Joe Duffy fodder for the next eight months. Talk to Joooooooe. 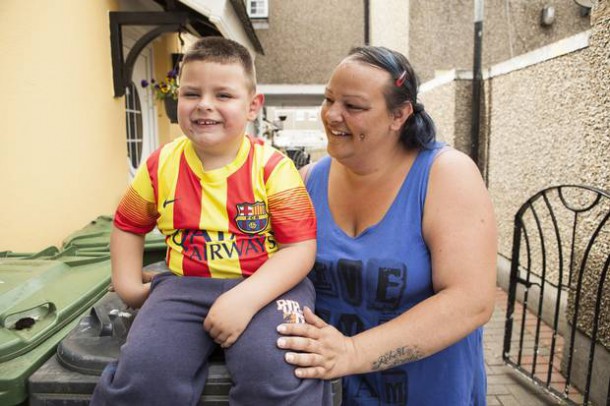 Angelique Joule and her son Brody from TV3's 'Darndale: Edge of Town'

These grittier shows are the antithesis to the cuddly TV genre that has gained popularity of late - think GBBO, Downton Abbey (whose stylish ladies we checked out yesterday) and Strictly Come Dancing. These shows are the equivalent of sitting in your clean pyjamas, aged four, just out of the bath and drinking a glass of hot milk. They are safe and nothing bad exists in the world while they are on screen. And lookit, I just like cake.

Did you catch either of those shows last night? Have you tired of the whole reality genre and will we all be watching Strictly on our virtual Beaut.ie couch on Saturday? We'd love to hear your thoughts.