Gonna have to face it we're addicted to Box Sets: are you a binger too?

I have a confession to make: I love Inspector Morse. I could happily spend an entire weekend lolling on the couch watching John Thaw drive grumpily around Oxford shouting "Lewis!" and falling in love with mysterious women who will all either get murdered or turn out to be murderers (poor old Morse is very unlucky in love).

And now I can! Thanks to UPC on Demand, which offers every episode of Morse ever made for free. Quick, make me a pot of tea so I can go back to the couch for a Morse binge! I have my problems with UPC - the way their broadband service sometimes just goes down for no reason the day I have to check in to a Ryanair flight is just one of them. But I love, love LOVE the TV box sets on UPC on demand. Okay, so they're charging too much for the films (and the selection of new movies is pretty bad). But still! As well as Morse, my husband and I have been binging on The Good Wife, a series I had been vaguely interested in but might not have bothered to watch if it hadn't been so easily available on my telly. 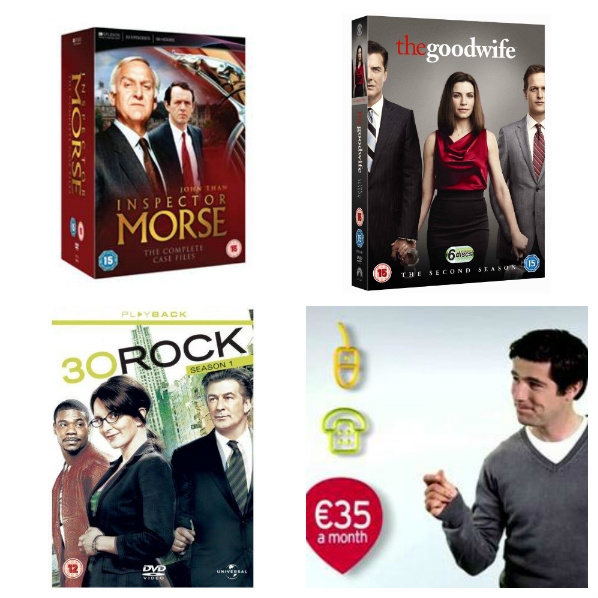 Of course there's a dangerous side effect to all of this. The addictive nature of the Binge. The other night, my spouse and I watched four episodes of The Good Wife in a row. We went to bed at about half twelve and I think I dreamed that I was a high powered lawyer. It wasn't as bad as the day we spent an entire Sunday watching half the second season of The Wire, but it's pretty bad.  That's the problem of easy access to decent TV, whether it's On Demand or in a DVD box set - you can watch loads of episodes at once, and so, well, you do. 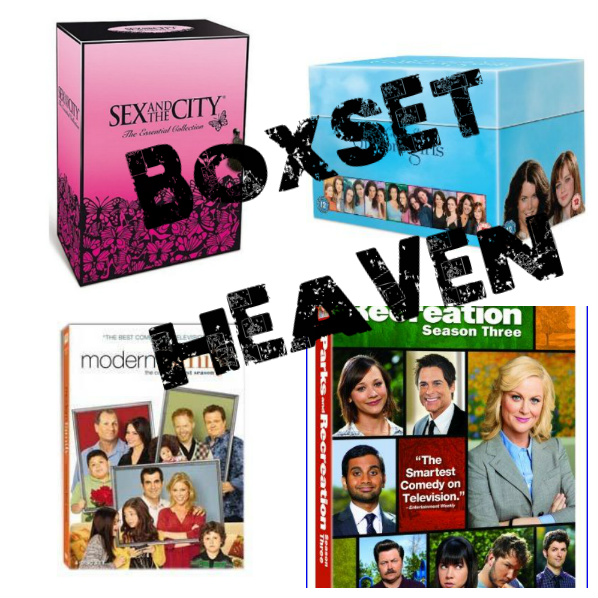 Over the years, we've binged on everything from 30 Rock to Parks and Recreation, from Gilmore Girls to Homicide: Life on the Streets. You start with one episode, and the next thing you know it's one in the morning and you haven't left the house all day, just because someone (usually my husband - I ideally like spacing things out a little) looks at the other and says "Another one?"  Thank god I watched some of my all-time favourite shows, like Buffy the Vampire Slayer, as they actually aired on TV, so I had to spend a whole week between episodes and was never tempted to spend an entire weekend glued to the box, forgetting what fresh air smells like.

Luckily, or unluckily, UPC on Demand doesn't yet contain any more shows I absolutely have to watch (it has good shows, but I've seen most of the ones I'm interested in already). But we've still got a series and a half left of The Good Wife to watch, so that's me sorted for, well, a few days at least.

So what shows have you binged on? Or do you prefer to watch telly one sensibly spaced episode at a time?