Hilarity ensued as last week, TV3's autumn schedule launch hit the headlines for all the wrong reasons. Amidst the glitz and glamour and er, Jeremy Kyle, a new series of The Apprentice was announced. All the relevant people were gathered for a photo opp, and handed a sheet of paper as a prop. And the sheet of paper read... 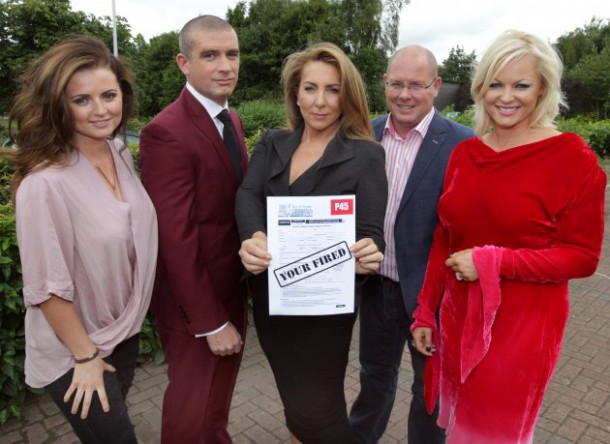 Yes. "Your fired." Which as we all know is a huge grammar faux pas. Big enough deal to warrant articles written solely about the mistake?

Online Grammar Wars
Look anywhere people communicate with each other online and you'll see it. Two or more people are having a disagreement. One person is rapidly losing the argument and is running out of options for comebacks. The person winning the argument makes one tiny slip and - boom. The argument-loser leaps on to it, and with the help of one tiny asterisk self-satisfactorily delivers their winning blow:

Grammar Endgame
And as far as they're concerned, the argument is over.  Don't get me wrong -I'm all for good grammar. It makes everything look pretty and neat. But there are some who seem to believe the term "Grammar Nazi" means "license to be mean and rude to anyone who makes a slip".

It's bad enough not having Bill and Jackie to look forward to and the TV3 grammar fail was a pretty big slip, admittedly. But was the manner in which it was reported  a bit over the top?

I would like to ask the Internet to make a deal with itself. The next time you're tempted to go for the "*you're" rebuttal, just let it go.

What do you reckon?  Have you ever been a victim of a Grammar Crime when a tiny slip cost you an argument?  Or do you think all instances of Grammar Failure should be instantly called out and mocked?

To the comments - and make sure there's no typos!