Home Alone: Where Are They Now?

We're talking Home Alone, Scrooged, Muppets' A Christmas Carol and Charlie And The Chocolate Factory. The original one, not that one with Johnny Depp. So what has Kevin McAllister been up to? Whatever happened to Buzz and his girlfriend? Take a look...

It seemed for sometime that Culkin was the quintessential child actor story. Hugely popular in the 1990's, but once puberty hit, it all went spiralling away from him. There's been images of him looking sickly white and emaciated and he's been open about the fact that he's had issues with drugs. Nevertheless, he's made good on his recovery and has recently had voice roles in CN's Robot Chicken. As well as this, he's starred in a number of arthouse films.

If you're wondering why you haven't seen Joe Pesci in anything recently, it's because he retired in 1999. He's only starred in two films since then; The Good Shepherd with his lifelong friend Robert DeNiro and Love Ranch with Helen Mirren. What's he been doing since then? He's been pursuing a musical career and is one of the producers of long-running musical Jersey Boys. Here's a weird one - did you know Daniel Stern was the narrator person for The Wonder Years? Now you do. Stern has moved into directing in recent years, but he still manages to do the odd comedic role. Most recently, he was a guest star in Monk, Workaholics and will be starring in the sitcom take on Douglas Coupland's Girlfriend In A Coma.

Catherine O'Hara's been working fairly regularly since Home Alone. She's starred in a number of Christopher Guest films, including A Mighty Wind, Best In Show and Waiting for Guffman. She also was the voice of one of the Wild Things in Where The Wild Things Are and had a guest role in Curb Your Enthusiasm.

Well, he certainly hasn't been lazy. In 2013 alone, he's starred in SEVEN films, including Runner Runner, Sharknado and Assault on Wall Street. All told, he's starred 153 films since beginning his career. Although he was best known for his role in Home Alone, he also had roles in Close Encounters Of The Third Kind, Escape From Alcatraz and The Quick and the Dead. He retired from acting in 1999 and died in 2011. 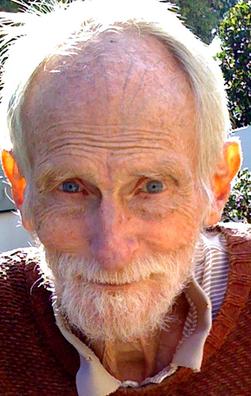 Since Home Alone, Devin Ratray's had a pretty decent career. Most recently, he turned up in Blue Ruin, one of the best films of 2013 and has a recurring role on Marvel's Agent Carter.

Was this the best Christmas movie of all time? Or what movie gets your vote?