"I Don't F-ing Care If You Like It." What We Can Learn From The Awesome Amy Poehler.

My favourite bit of Tina Fey's memoir Bossypants wasn't actually about Tina Fey. It was when Fey wrote about her friend Amy Poehler. Many of us know and love Poehler as the hilariously determined Leslie Knope in the sitcom Parks & Recreation, the producer of the glorious girl-centric sitcom Broad City, and the founder of the awesome Smart Girls website, which encourages young girls to "change the world by being yourself" and which features the delightful Ask Amy web show, in which Poehler offers wise advice to viewers. 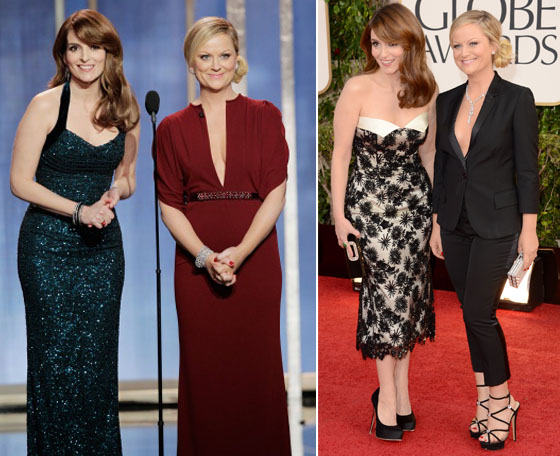 She's a celebrity who seems incredibly likable - hilarious, smart, feminist and always supportive of other women. But despite her lovable persona, she is clearly not a pushover, as Fey's story reminds us:

Amy was in the middle of some such nonsense with Seth Meyers across the table, and she did something vulgar as a joke. I can't remember what it was exactly, except it was dirty and loud and "unladylike." Jimmy Fallon, who was arguably the star of the show at the time, turned to her and in a faux-squeamish voice said: "Stop that! It's not cute! I don't like it."

Amy dropped what she was doing, went black in the eyes for a second, and wheeled around on him. "I don't fucking care if you like it." Jimmy was visibly startled. Amy went right back to enjoying her ridiculous bit …

With that exchange, a cosmic shift took place. Amy made it clear that she wasn't there to be cute. She wasn't there to play wives and girlfriends in the boys' scenes. She was there to do what she wanted to do and she did not fucking care if you like it.

When I read that story, I wanted to applaud. Poehler (who, Fey goes on to say, always worked well with Fallon) is proof that yes, you can be a decent human being but you don't have to be sugar and spice all the time. It's an idea that's apparently further explored in Poehler's new book Yes Please, which I can't WAIT to read. In a great Guardian column a great Guardian column, the American feminist writer Jessica Valenti writes about Poehler's badass determination and points out that:

Instead of telling us that her success is thanks to good luck and other people’s good will, Poehler makes clear in the book that her path to fame was paved with hard work and a refusal to take any shit. It’s an all-too-obvious but still much-needed call to women who’ve been told for far too long – at the office, at school, all over the internet – to be too nice if we want to get ahead(or just get along).I’m sick of powerful women who rely on self-deprecation and likeability to make people feel comfortable with their success. 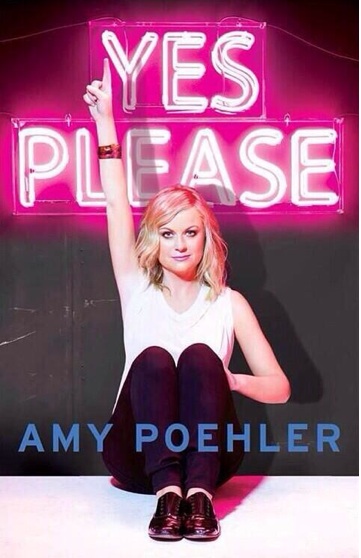 We know that women are often viewed more harshly than men for showing strong personalities, that what's perceived as power in a man can be seen as bitchiness in woman. We're encouraged to be people pleasers, to be the diplomatic ones, to never lose our heads, to lean in but don't rock the boat too much.

But as both Poehler and Valenti remind us, there's a fine line between being a people pleaser and a doormat. And so it's refreshing when a woman comes along and says no, I didn't get this by making everyone love me all the time. I got here by working hard and not putting up with nonsense. And I don't f-ing care if you like it.

So what do you think? Do you think women are generally expected to make nice to get ahead? And are you looking forward to Amy's book?