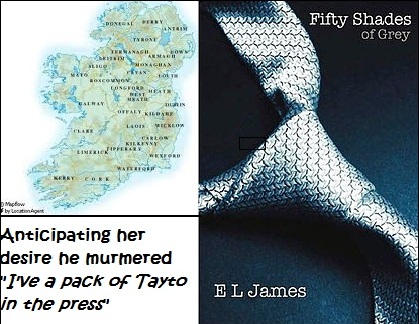 Just when we thought Fifty Shades of Grey had no more to give the Twitter parodies began. And oh man they are split your sides funny.

I'm stuck mid-way through the second of the Fifty Shades Of Poorly Written Filth books, and to be perfectly honest I'm not sure I can go on. I put up with Ana being a total gombeen and Christian being a controlling creep for one volume for the dirty bits to see what all the fuss was about, but it gets difficult to ignore the same tedious character markers - the eye-rolling and the lip-biting and the mood-shifting - popping up every couple of paragraphs. Oh, and I can see why it's a trilogy: things aren't exactly cracking along at a fast clip.

I've (accidentally) walked on snails that were faster paced than these books.

So even though I've ditched the novels, I'm still getting my Fifty fix online. The Fifty Shades of Tedious Fuckery series on our very own Kitty's blog is a synopsis so witty and withering that it dispenses with the need to read the books altogether, and Twitter has turned up some properly laugh-out-loud hilarious parodies.

Fifty Sheds of Grey - "Erotica for the not-too-modern male" - is occasionally genius. 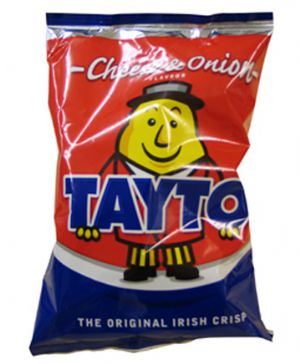 My absolute favourite parody to emerge from the social networking site, though, has got to be Irish Shades Of Grey. When Fifty Shades got right on John McGuirk's wick and he complained about it on Twitter, Paul Duggan created the hashtag #Irishshadesofgrey and started to write 140 characters of erotica with a decidedly Irish twist in response.

Some of what they and others came up with had me close to actual tears of laughter. Here's a little selection for you: