MAN crisps, MAN milk, MAN chocolate: they're not for girls.

Every so often, advertisers come up with a campaign so annoying and childish and sexist, that I find myself shouting at the telly to feck off of an evening. There are plenty of irritating stereotypes that get dusted off and wheeled out every so often in the world of advertising, but the one that’s been wrecking my head lately is the THIS IS FOR MANLY MEN, NOT ICKY GIRLS angle that some companies are inexplicably fond of. 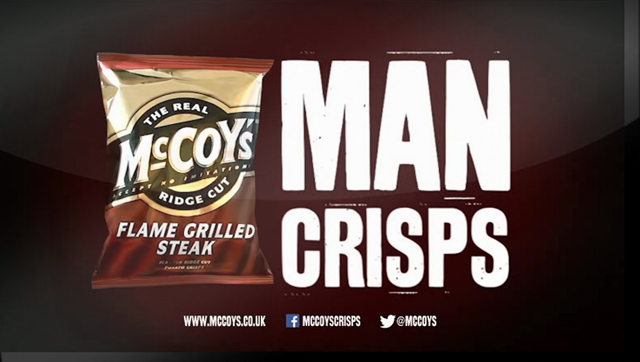 The newest offender is a recent ad for McCoy’s crisps, where three guys are lost and arguing over a map. One of them makes the suggestion that they ask someone for directions, but because that’s become accepted as something a woman might typically say, a large pipe appears, and removes him from the scene, before his lack of macho idiocy infects his two buddies. He also has his bag of crisps taken away from him, because they’re MAN CRISPS, you see. Presumably the pipe has brought him to a place filled with reasonable, cool women and an endless supply of Tayto, which sounds infinitely more fun than driving around lost with two goons who can’t read a map and a few bags of rubbish crisps.

There’s a new chocolate milk drink called Wing-Co being targeted at dudes, with a bottle design featuring aviator shades and a moustache, because there must have been men all over the place standing in front of the chilled section of a shop, wishing that Yops and Yazoo had facial hair on them, because they couldn’t possibly drink from a bottle with some strawberries on it. These drinks also come with the questionable tagline “the manly chocolate milk for men with added man”. Really? You’re selling a milk drink, do you really want to associate the phrase “added man” to something MILKY that you DRINK? I’m not sure that they’ve thought this through, to be honest. 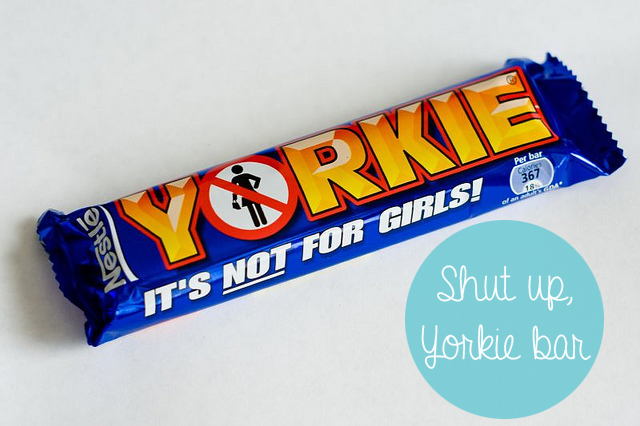 We’ve already had Yorkie’s “Not For Girls” campaign (which really bugged me because I quite like raisin and biscuit Yorkies) and unfortunately it’s probably not the last we’ve seen of the idiotic “manly men only” trope in advertising. I think what bothers me most of all is how bloody lazy it is. It just seems like the agency couldn’t think of anything genuinely clever to say about the product, so they just decided to ignore half of the world’s population and make it an “us against them” situation. It’s tired, dull and not the least bit original.