She's one of the most popular characters on the cobbles but sadly actress Paula Lane is hanging up her Corrie boots after almost six years with the soap.

Lane has played troublesome Kylie Platt since 2010, but now has set her sights on pastures new and confirmed that she won't be returning to Coronation Street after she leaves the soap to go on maternity leave this June.

Lane said of her departure "This has not been an easy decision for me to make. I have enjoyed every moment of my time on Coronation Street and learnt so much in the process.

"I have an amazing on-screen family who have become friends for life, so this decision was not taken lightly. But sometimes you just have to follow your heart and I am excited about what the future has to offer both personally and professionally."

Later confirming the news to her followers on Twitter;

So it's official, I can now confirm I'm leaving Coronation Street this summer after a wonderful 5 years. It's time to fly the nest...

The 29-year-old actress first made ructions on the street when she came in as Becky McDonald's little sister and left her son Max with Becky to take care of until she later returned engaged to David Platt after a holiday romance and wanting her son back.

Here's hoping she follows her fictional sister's footsteps as actress Katherine Kelly, who played Becky McDonald, has gone on to huge success post-Corrie and can currently be seen as Lady Mae Loxley in the ITV drama series Mr Selfridge.

There's no prizes for guessing what her exit storyline will involve either as fans of the soap will know Kylie is responsible for murdering her ex-boyfriend Callum (while defending her sister-in-law Sarah) with David helping her bury the body in poor Gail's annexe.

Corrie producer Stuart Blackburn said; "Paula is one of the most talented and dedicated actors I know, and in Kylie she has created an unforgettable Corrie character.

"I for one will miss both the character and the actor, and on behalf of all at Coronation Street wish Paula all the love and luck in the world and I'm certain that Paula's future will be full of continued success."

She will undoubtedly be missed - between Lane and actress Alison King leaving, the Street will seriously be down two great, feisty female characters. 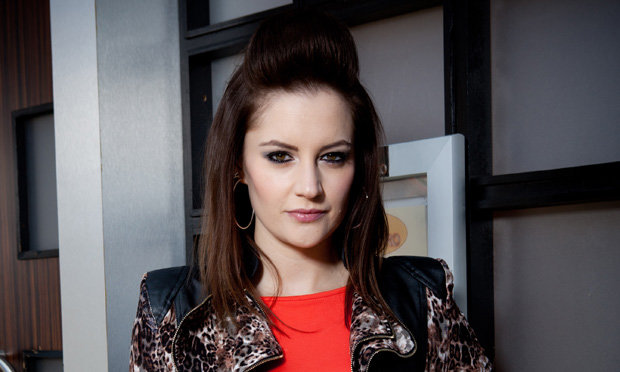