Roll It There Róisín: The Toy Show Is On TONIGHT!

It’s probably fair to say that there’s a special place in every Irish person’s heart for The Late Late Toy Show. The unwritten but universally accepted rule was that children everywhere were allowed to stay up late especially for it. Pyjamas on, tin of Roses opened and once the music started up, you could probably run the country’s power off the excitement we all felt.

The toys were amazing, the set was magical, we were wildly jealous of the kids that were turned loose on the toy-filled set for the day and were equal parts awed and scared of the Billie Barry kids and their impossibly huge smiles. Bloody overactors. (Yes, I probably was just jealous.)

If you were anything like me, you hated the sight of the inevitable children’s choir, because that meant the show was over for another year. But you probably watched the repeat on Sunday as well anyway.

As an adult, you get to play Toy Show drinking games (One for everybody in the audience? Drink! Irish-made toy? Drink! Jedward show up? All the drinks! And so on), tweet hilarious observations and awkward Tubridy quotes along with the rest of the country and giddily relive your childhood for a night. 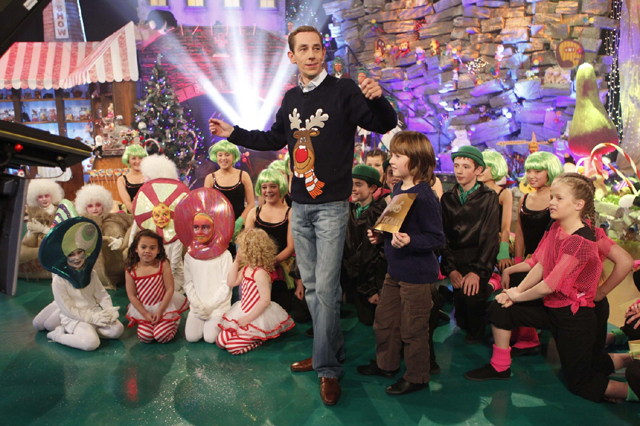 It’s the most-watched television event in Ireland every year and is even streamed live worldwide so that Irish people living abroad can tune in and drink, cringe and pass judgement on Ryan’s jumper along with the rest of us.

It’s given us classic moments like Pat Kenny entering the studio looking utterly bewildered on the back of an elephant, John Joe the adorable horologist, Dustin the Turkey gleefully insulting every presenter and getting away with it and the little girl who declared that she didn’t like Justin Bieber because he’s full of himself. 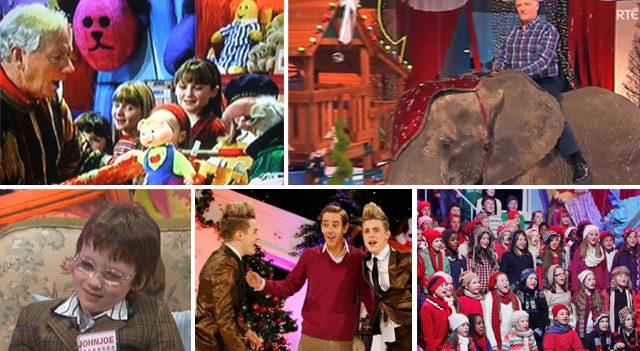 This year, there’s a rival contender lurking in the holly-decked wings, as TV3 are airing their own imposter Toy Show special on the SAME NIGHT! What insolence! It’ll be on an hour and a half before the actual toy show, seeing as it would be madness to go directly up against such a tinsel-covered ratings behemoth.

Alan Hughes will be at the helm, but won’t even be wearing a Christmas jumper and there’s no studio audience or live broadcast as it’s all pre-recorded. Hmm.

Unfortunately, I won’t get to watch the Toy Show this year and I am genuinely, for reals raging that I’m going to miss it. I’ll obviously record it but it just won’t be the same.

So, will you be watching the Toy Show tonight? It’s a Mary Poppins theme this year, you know.

Do you still enjoy it or do you yearn for the days when “roll it there Róisín!” was the catchphrase of the night and Frank McNamara would chase Gaybo around the studio with a water gun?

Let’s reminisce in the comments!