Science: it's evidently not that kind of a girl thing. EU fails to get down with the kids

Ah here now. As pop videos go it's pretty useless. If it were a pop video. But as a video promoting science to teenage girls by the EUROPEAN COMMISSION it's absolutely bloody dreadful.

It is actually hilarious, like something that Ted and Dougal would make in an episode of Father Ted. Lipstick! Bunsen Burners! A fella in a lab coat! High Heels! Sunglasses!

Who directed this - Gok Wan? "Get those bangers out ladies, it's time to make lab coats work harder!". It's honestly like they got all confused and tried to make an episode of Britain and Ireland's Next Top Model crossed with a Rimmel advert and stuck in some erupting bunsen burners for good measure.

Science is cool girls - get down with it! "We need to make science "sexy", make it cool" said Maura Geoghegan-Quinn at the launch of the campaign on Thursday

There was such an instant backlash on Twitter that the clip was taken down from YouTube (that's why I'm showing you The Telegraph version).

Government: don't try to get down with the kids. Just. Don't. 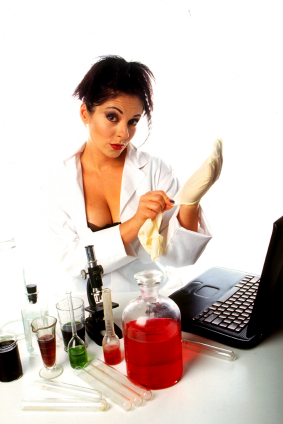