Sex is something we think about every day, and contrary to popular belief, it's not just the men who dream about how they'd like to get their jollies; women make up for their fair share too (though studies say men still think about it more than their female counterpart, it's not quite as often as the mythical and ridiculous 'every seven seconds').

Naturally, there's a pretty big discrepancy between how often we spend thinking about it, and how often we spend actually doing it. For those in relationships in particular, is there a 'healthy' norm? Chances are, you'll all have that friend who casually mentions that they orgasmed three times with their lover (let's just use this as an all encompassing term for someone you regularly get jiggy with) last night - or maybe you are that person, we're not jealous at all, we swear - while you scramble to tell a similar story, only to come to the conclusion that - bollocks - you haven't actually done the deed in, what, two weeks? This tendency to compare ourselves to others is natural and we regularly write about how hard we're trying to stop this habit of comparison but when it comes to sex, is there really a 'norm'?

I’ve been with my now-husband for more than a decade and still fancy the pants off him. The way we express that has definitely changed over the years but I would say for the better. We’re very secure in our private lives and don’t tend to look to other couples to figure out if we’re having a good time – we know we are! - Clara, 30.

The overarching issue with riding - or lack thereof - is that we've long been told about what an important barometer it is for the health of our relationship in its entirety, which takes somewhat from the joyous activity that the very act, in and of itself, can be. 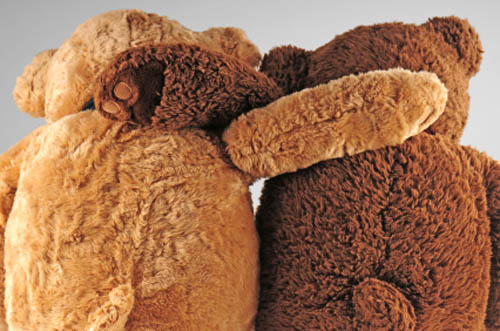 If we're not doing it, something's not right? Wrong. Certainly, if you're never doing it, it's probably down to a bigger issue that you should probably address, but modern life is exhausting and, having put out the feelers - no pun intended - there are very few couples who maintain the same level of sexual activity at the beginning of their relationship as they do when the dust inevitably settles and you find yourself bleaching skiddies off the toilet bowl on a Saturday morning.

My friends and I are very open about our sex lives and often discuss how different we each are when it comes to how frequently we have sex. Some of us have large sexual appetites, so regular sex is something that's really important both in and outside of relationships. For others, sex is something that happens once a month because it's just not that important to their happiness. I believe more and more that it comes down to your personal preference. Whether you're single or with someone long term if it's something you enjoy and crave you'll make time for it. - Josephine, 29.

The decline in rabbit-like behaviour over the course of a relationship seems to be common enough, but when you drill down further into people's differing relationships and individual sex lives, they each have their own norm, and there's no 'one size fits all'.

Your 'norm' may be to have sex in the missionary position every second Monday, or your norm may be to do it every morning in the shower before work (we're tired just typing that). For something that's so private, why do we feel so self-conscious about how often or not we're doing it?

"It's idealistic to believe your sex life will remain as passionate or frequently occuring a few years into a relationship as those first few months of dating. While the attraction to your partner might not waiver, life gets in the way and it often takes work and forward planning to keep the spark alive. While traditionally a woman's primary role in the home was to provide the most comfortable environment for her husband to come home to and ensure his needs were met, the modern woman faces a whole new set of societal pressures and demands which quite frankly, can be exhausting. We're expected to thrive in a super successful career, maintain the perfect Instagrammable house, raise the functional family, party like a rockstar AND still have the time and energy in the evening to keep up with the sexually liberated libidos of the strong female characters we see on modern TV shows. I think it's time we gave ourselves a break and stopped comparing ourselves to said TV characters or the women featured in Cosmopolitan and accepted the fact that we can't do it all, all of the time." Justina, 28.

What matters is less so how your sex drives compare to others, and more so how it compares with your partner's. If you're up for it all day every day and he or she can't relate, then that might become a problem. Compatibility in this regard is key. If, however, you're both happy to snuggle into bed in your fluffy PJs and leave the rumpy-pumpy to the weekend, you should damn well be able to do that without feeling that it's reflecting badly on your relationship or that others, who do it on a Tuesday evening - okay, weird - would judge you. 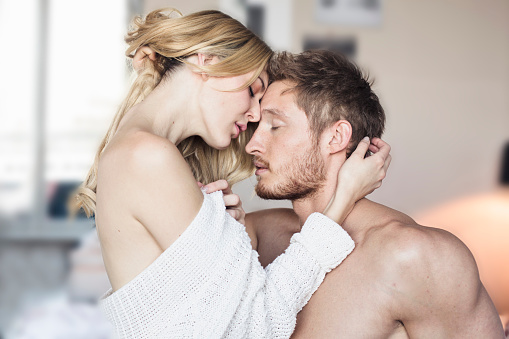 Feeling adored and appreciated and fancied by your lover is infinitely more important; reaching a weekly quota is not. And as for that widely assumed theory that couples who have more sex are happier in their relationship? Well, as reassuringly pointed out by GQ, a recent study at Carnegie Melon found that "nobody actually bothered to look into whether the correlation between sex and happiness was a chicken/egg thing rather than cause and effect." In reality, if this study is one we can trust a little bit more, it's couples who have sex as often as they want to that are happier than those who do it often because they feel they should.

More sex does not equal better relationships and increased happiness.

Oh yes, we all know that look

And they are the cutest

First Dates Ireland couple had already dated each other

Zayn & Gigi's Instagram Photo Means They HAVE to be an Item

18 Songs in Three Minutes is No Problem for This Duo