Your preview of what's coming up on the soaps this week...
Emmerdale

It all comes out in Emmerdale this week as Aaron finally confesses to his mum Chas what happened to him at the hands of his father Gordon when he was just a kid. Aaron's tells all when the pair head off to the beach together for the day on Wednesday, after Robert advises Chas that she needs to get to the bottom of what's wrong with Aaron. How will she react when she hears the devastating truth about her son's childhood?

Johnny overhears a conversation between Carla and Michelle about Carla's one-night-stand with Robert so decides to do all in his power to get him out of the picture. He ends up threatening Robert in the ginnel  tonight warning him he to pull out of the Bistro and walk away, but will Robert be fazed by Johnny's threats? Also this week, Kevin panics when Jack goes missing, could Jenny strike again?

Shabnam is struggling to live with the lie of Kush being Arthur's real father, and urges him to tell the truth this week. However when he protests, she tells him she is leaving him and later in the week vows to return to Pakistan. Eh, what about Jade? Also this week, there's a return of an EastEnders villain as Denise visits Lucas in prison, it becomes pretty clear too that she still has feelings for him. Ah here Denise, Lucas was bat sh*t cray cray. Elsewhere, Shirley tries to convince Dean to plead guilty in court on Friday, but will he actually be able to do the right thing for once?

As the affair between Heather and Shane heats up this week, Renee and Bob are determined to put a stop to it, while poor Ama is just desperately trying to get her relationship back on track with Shane. Knowing Heather though, she'll surely find a way to throw them all off the scent. Elsewhere, Charlotte looks into setting up their gran's stall on Moore Street, while Wayne, Orla and Jane get themselves into a bidding war over a car.

Brian is very much back in Red Rock this week under the delusion he can get his life back. He's starts with reconnecting with his daughter but his wife Jules is having none of that. Another person not at all happy with Brian's return is Liam, and he's determined that he'll keep Rachel away from her abuser, little does he know it's way too late for that. Elsewhere, Tommy and Angela help Conor on his long hard road to recovery, while it looks like Adrijan could be facing a brutality charge after he headbutted a suspect. That Adrijan has just never been right since that accident. 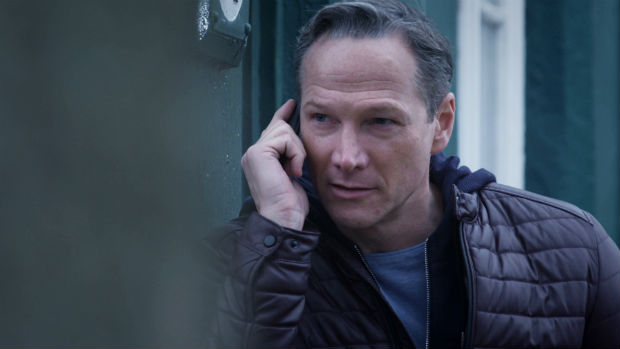