Top 10 Most Watched TV in Ireland on Christmas Day

The festive season is all about family, friends, food and well, telly really, It can bring you through many a Christmas ah, overindulgence and serve as some pretty solid bonding time with the siblings you have comfortably ran out of things to say to.

So what were we all curling up on the couch to watch this Christmas Day? Well you won't be surprised to hear that Mrs Brown has retained her crown for the most watched show of the day, with an incredible 703,100 viewers tuning in. 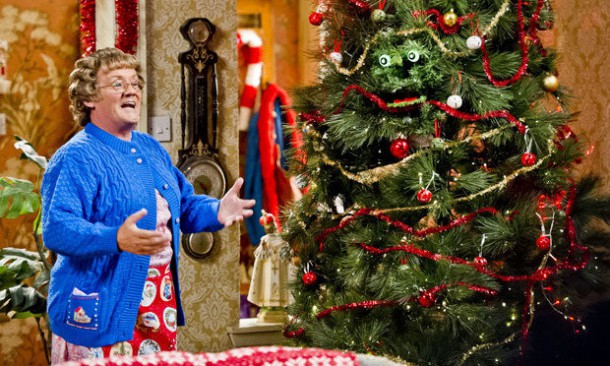 Following on from her good self, we had the soaps - classic Christmas telly - and this year they definitely held no punches. Coming in at number two was Corrie, followed by EastEnders and Fair City, while Emmerdale was at number eight.

Argo was the most watched movie of the day with 336,000 viewers tuning in, with Madagascar 3 and Puss in Boots also making it onto the list.

What did you watch on Christmas Day? Did you tune into Mrs. Brown's Boys or are you horrified that it made number one?