Toys For Girls vs Toys For Boys: Can't They Just Be The Same Thing?

An inventive toy has taken the internet by storm with a viral ad that combines an elaborate Rube Goldberg machine, three adorable little girls and defiant resistance of princess culture. GoldieBlox describes itself as a toy company on a mission to inspire the next generation of female engineers and does so with fun construction toys designed to “disrupt the pink aisle”. (Update: The video has actually been removed from YouTube due to legal issues over the Beastie Boys song that was used, but you might have seen it doing the rounds on Facebook recently.) 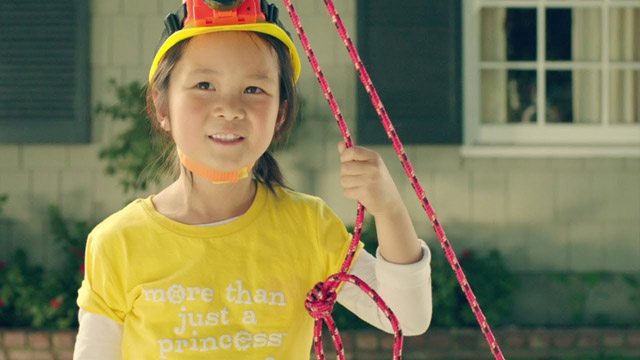 It’s a breath of fresh air and an exciting change to the usual toy ads that are aimed at little girls, which overwhelmingly feature pink and princesses. Of course, there’s absolutely nothing wrong with liking pink and princesses (I’m a lifelong fan of Disney’s royal ladies myself), but it’s also important to have a wider range of options for girls than just that.

The ad is all the more refreshing when you consider how big brands like Kinder and Lego seem to be moving backwards in their marketing strategies when it comes to children.

In a bafflingly regressive move, Kinder have launched revamped pink and blue Kinder Surprise eggs. The pink ones contain little dolls and the blue ones contain toy cars, while the company blindly insists that they’re not reinforcing gender stereotypes. Riiight. 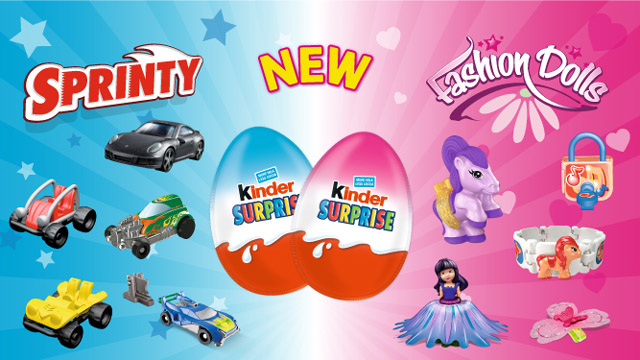 A ten year old Irish girl has taken Lego to task over sending separate Lego Club magazines to boys and girls, in a brilliant letter that her father shared on his blog. (Read the full letter here, it's very impressive.) In it, she points out that some of her favourite Lego collections are the Star Wars and Harry Potter sets, but the “girls” magazine she’s now receiving only covers the Lego Friends line, a set aimed specifically towards girls. Also, the magazine for girls doesn’t include any building instructions like the “boys” version, which makes toys like GoldieBlox all the more important.

I know when Lego Friends was invented it was geared towards girls, but that does not mean that all girls in the Lego Club will instantly love it and want to get a whole magazine about it every month. My little brother gets his magazine every month and I enjoy the content in his magazine much more than the “girls” content. 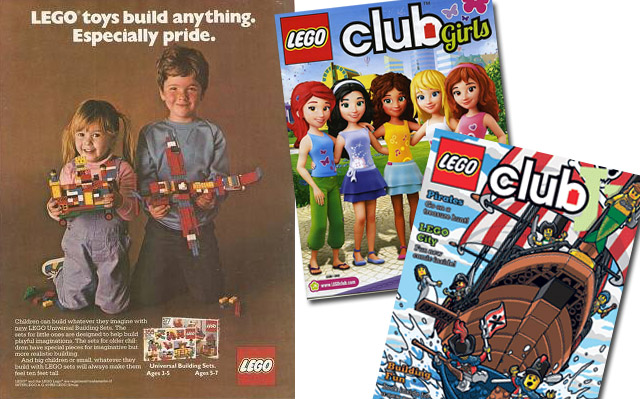 It’s disappointing when companies decide to create such rigidly gendered toys, but campaigns like Let Toys Be Toys in the UK are doing great work in breaking down the barriers between the pink and blue aisles. Earlier this year they met with Toys R Us, who agreed to make their Christmas catalogue more inclusive and it now features pictures showing boys and girls playing together with doll houses, science kits and tool boxes..

When I was small I loved Princess Jasmine and dinosaurs and Barbie dolls and my favourite Lego set was a space base one. It’s possible for girls to like more than just the shiny pink stuff and the sooner that toy companies realise that and join the rest of us in reality, where girls like superheros and pirates as much as princesses, the better.

I’ll leave the last words on this to the awesome Riley, who sees right through those lousy marketing types, in her wonderful and frustrated rant in the aisles of a toy shop.

She knows what’s up.