And it’s not to do with gender coding through colour.

You may have noticed that most of your favourite Disney heroines including Belle, Cinderella, Jasmine and Elsa, not to mention Ariel (when she takes human form), Tiana (ok, she wears green at the end but when she first wears a princess dress, it’s blue) and Aurora (again, yes, sometimes the dress is pink but it’s blue for most of the film – don’t fight me on this), wear blue dresses in their respective movies.

In case you haven’t noticed even the new Belle, played by Emma Watson in the live-action version of Beauty and the Beast, wears, guess what colour? Blue! 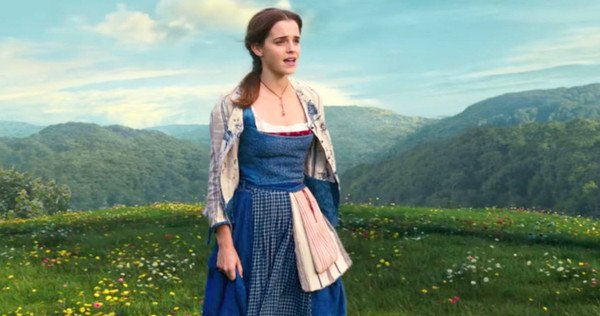 Moreover, the shade of blue these characters wear is on a similar palette of sky blue.

Apparently, this is no coincidence, and Leatrice Eiseman, the executive director of the Pantone Colour Institute, has explained the strategy behind the distinct Disney dressing.

In an interview with Allure, Eiseman explains: “It's something to look forward to, to see that blue sky.

“It’s dependable. It's reliable. It might cloud up, but we know it’s there.”

Which such qualities could also be applicable to male characters dressed in blue, Eiseman continues: “You’re adding a bit of power to the character by giving her the blue. It's a very subtle way of saying, ‘Yeah, but young women, young girls, can be empowered, too.’”

In the same article, costume designer Jacqueline Durran agrees. “There is a sort of refinement and crispness to light blue, but there's also blue in workwear,” she explains. “It is a practical color, and a color that you can work in. In that sense, it is full of active strength.”

In fact, when you think about it even Disney characters who are not necessarily princesses, such as Alice and Wendy, as well as non-Disney characters, such as Dorothy from The Wizard of Oz, also reflect such characteristics through wearing the colour blue.

Hear Emma Watson singing as Belle in Beauty and the Beast