Your wedding dress should be timeless, every bride thinks that, but can timeless have a 90s twist?

As a child growing up in the West of Ireland, my wardrobe was limited. But even while wearing child-sized mom-jeans and a stripy jumper, I had aspirations. I used to look up to my cousin, who is four years older than me and lived near Dublin, who dressed like Rachel from Friends.

You can still find outfit inspiration from Rachel's wardrobe. Remember her self-imposed waitress uniform of white t-shirt, black mini and mary-janes? Still acceptable. And then, of course, she worked for Ralph Lauren. Other 90s trends have never gone away, and think about how the wardrobes of Reality Bites and Clueless still influence fashion, as does the grunge movement, the Spice Girls and 'Mad-chester'.

90s wedding style, to generalise, had a sleek, Calvin Klein type look: satin, a-line skirt, with a boat neck and no sleeves, like this one from Runaway Bride (1999). 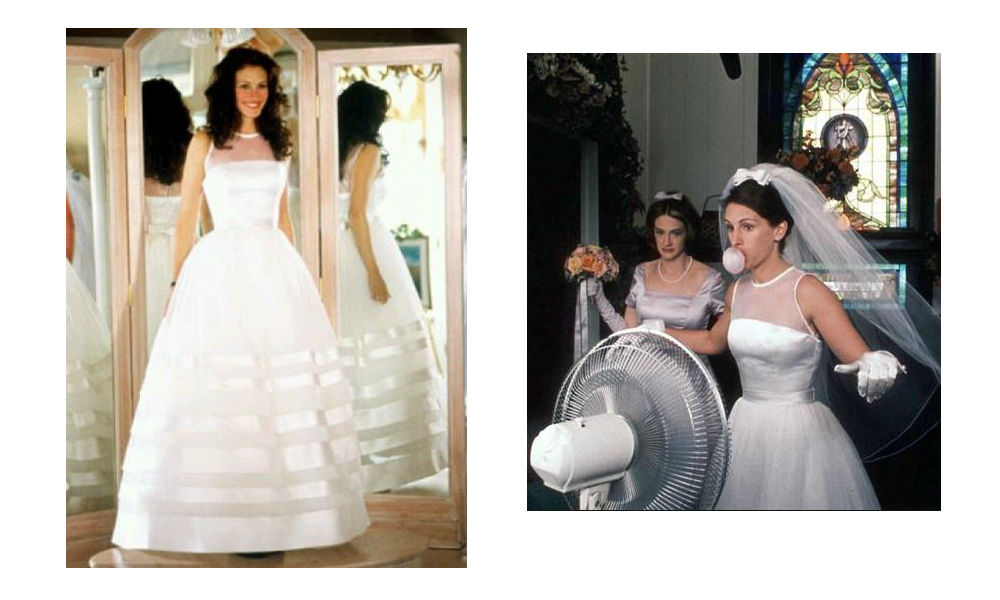 Few 90s movies that featured weddings, however, adopted such a simple, elegant look for the bride. Cameron Diaz, in another Julia Roberts vehicle My Best Friend's Wedding (1997), wore this: 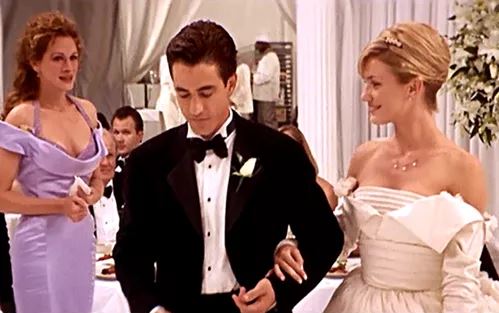 My favourite part is Kimmy's nineties hair. So Brad Pitt/Gwyneth Paltrow. But the dress isn't awful. I quite like the structured top, but she could have lost the sleeves.

The wedding dress in Father of the Bride (1991) is typical of the time. Big, a bit fussy, but unmistakably bridal. 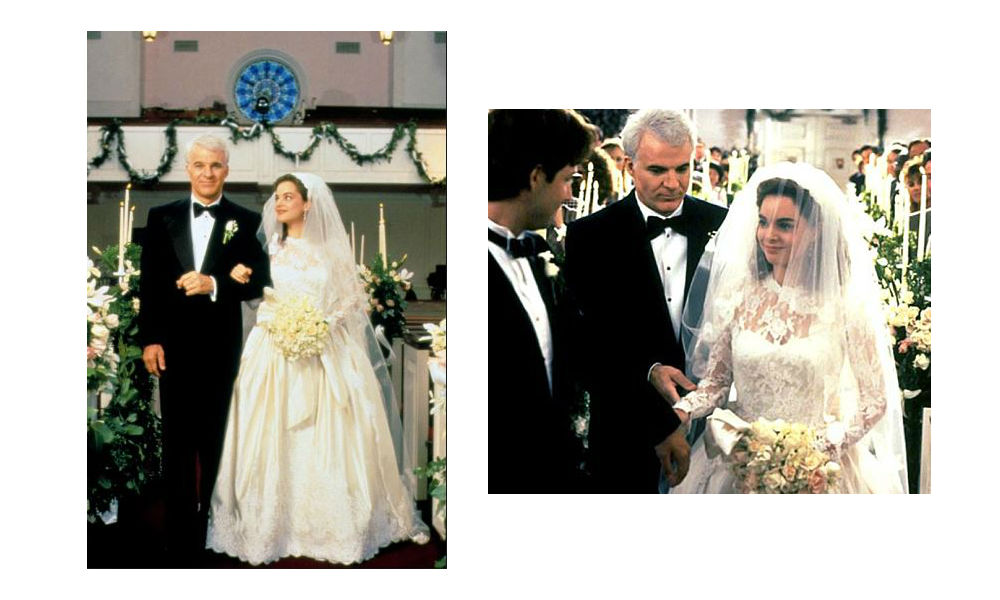 But Elizabeth Taylor's gown from the 1950 original is ten times fussier. It's classic Hollywood, though, and was just right for the time. 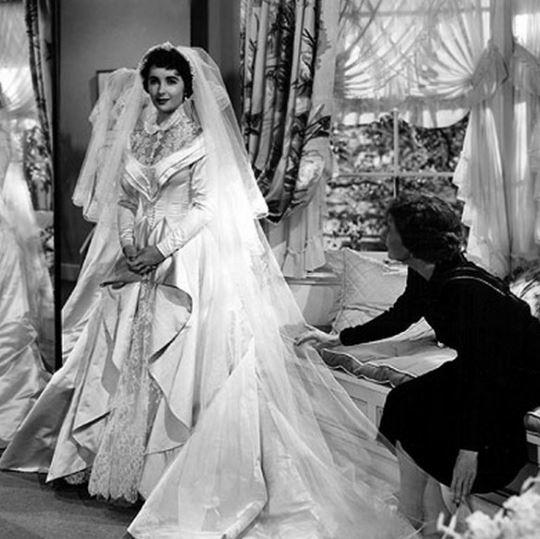 Andie MacDowell's Four Weddings and a Funeral (1994) wedding dress is also a 90s fuss-fest, but again, it worked for the time, and it has its good points; the cinched in waist being one, and shoulder detail could actually be very cool, without the frilly sleeves. 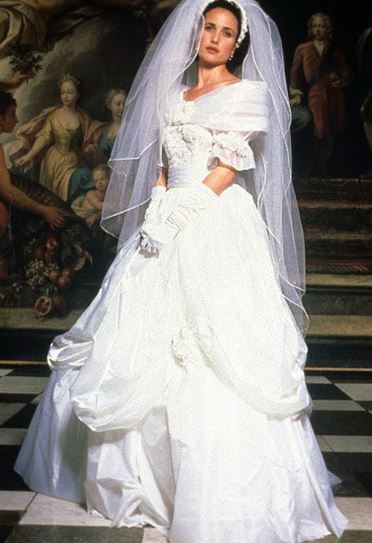 One dress that certainly does not stand the test of time in any shape or form is this one from Molly Ringwald flick, Betsey's Wedding. 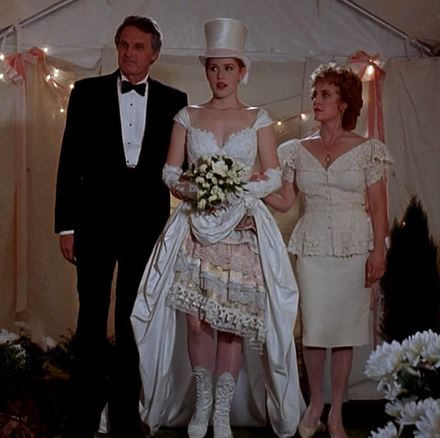 While we're all for being unique, doing something a bit different, and adding your personality to the mix, this is a step too far.