And the Mystery Object is ... ModelCo Sunsponge Custom Self-Tan 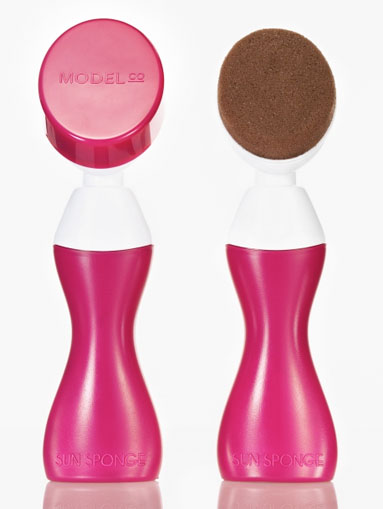 One of you was 100% on the money though. ShoB said, "I cant resist givning it away - it's the ModelCo SunSponge … it's like a shoe polish dispenser for fake tan with the sponge tip," she revealed. Yup, that's precisely what it is, ladies.  €44 is the damage for this disposable, non-refillable gadget that comes in one custom shade and contains enough product for three-to-four full body applications.  Hmm, seems pricey to me, though the brand say the dispenser is hygenic and that the sponge tip makes the application seamless.

Whaddya reckon? Now you know what the mystery gadget is, would you be interested in buying?