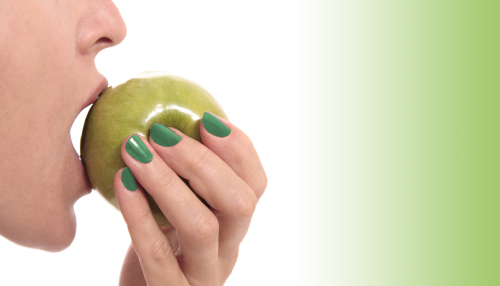 Niamh e-mailed me over the weekend to wonder where she might procure some green nail varnish for tomorrow. "I'm a bit old to wear green from head to toe, and I can't pull off green eyeshadow or eyeliner, but I thought it might be cool to go with green on my nails for the day that's in it" she said. "But is there even such a thing as green nail varnish, I don't think I've ever seen it?"

There surely is such a thing, missus! The likes of OPI and Nails Inc. do nice greens, but as ever with unusual, widely available and cheap-as-chips nail colours, Barry M is your best bet: there's not one, not two, but forty shades of green in the range. Oh fine, not quite forty, but I had to work that in somewhere. There are no fewer than eight different Barry M green nail varnishes, from lime to mint to emerald to neon and everything in between, so I'm sure they'll have you covered for just €4.50 a pop. And if there isn't a Barry M stockist within striking distance, worry not - the ubiquitous Rimmel do two green polishes that'll coordinate nicely with mint milkshakes, shamrocks, and goosebumps on the thighs of American majorettes.

I love toner. There, I've said it.

Beaut.ie Christmas Nail Art Tutorials: What Do *You* Want To See?

Oily Skin Dos and Don'ts, from Vichy, Who are Clearly Reading Your Minds

Expert Advice: Should I Go Darker With my Foundation?

Expert Advice: How do I Get my Makeup to Look Glowy and Natural?

Expert Advice: How to Cover Up Dark Circles & Brighten Eyes