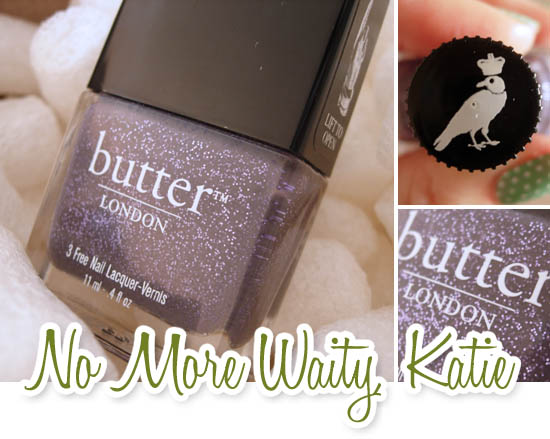 It is completely and utterly impossible to get away from the upcoming royal nuptials in London. I thought it was bad at home when Kate Middleton's 29th birthday was deemed newsworthy by the national media.

Mine was the day before, like, and there wasn't a feckin' peep about it. (Thanks a lot, RTÉ.)

Here, speculation about The Dress is fevered and non-stop, the guest list and correct protocol are talked about endlessly, and the shops are already crammed with wedding souvenirs, most of which are crappy, not kitschy, and so hideous that you wouldn't describe them as tack-fabulous in a blue fit.

There are some gems, though, like Lydia Leith's "Throne Up" sick bags and, in a departure from the ubiquitous homeware tat of manky tea-towels and cringeworthy china mugs,  I spotted a plate emblazoned with the wedding date and the words "It should've been me" the other day. Perfect for the Prince William fan in your life.

The beauty industry is also intent on cashing in marking the occasion, although many of the efforts at producing commemorative products seem to involve little more than repackaging existing ones in blue, red and white. Butter London's Nonie Creme, by contrast, has created a limited edition nail polish called No More Waity, Katie. It's a smokey mauve polish with itty bitty purple glitter pieces and it's been harder to find than hen's teeth. However, at the time of writing, lookfantastic.com* had it back in stock priced at £12; I took delivery of my bottle yesterday. 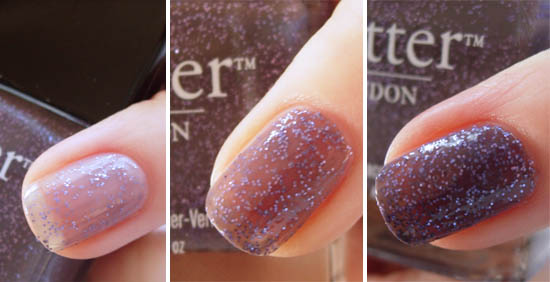 L-R: one coat, two coats and - you guessed it - three coats

I've just quickly swatched it (on my ring finger, naturally) for you to have a look at, but I'm already surprised by how much I like No More Waity, Katie. The glitter is a lot less bright on the nail than in the bottle as it gets coated by the base colour, so the look is subdued and a bit sophisticated rather than all out sparkle; at the same time it's moody and quietly dramatic and kind of a bit grungey.

It's definitely very different to all the other sparkly purples and grey-ish purples I already own.

It's also very sheer. Three thin coats were necessary to hit bottle colour, although it's also pretty with one or two coats provided you're happy to have a visible smile line (the demarcation at the tip of the nail between the nail bed and the free edge.)

*Indicates an affiliate. When you buy through a starred link we receive a small percentage of of the sale.

10 brilliant beauty buys that are all under €10

Do you have any of these pushed-aside gems?

For when you dare to go bare.