Duac Once Daily Gel: Gets A Cautious Thumbs Up In The Treatment Of Inflammatory Acne

My ongoing struggles with adult acne have been well documented on Beaut.ie in the course of the last six years, and until just a few short weeks ago, my chin could always be relied upon to be an absolute mess all of the time.

That's not me doing my hyper self-critical thing, by the way; recently it had become a topic of actual conversation.

“How's the chin today?” Mam would enquire during every phone call (after the obligatory “do you know who's dead” portion of the chat, obviously) and Himself took to accusing me of having been “at” my chin, believing that only a serious squeezing sesh could have it looking like such a lumpen red disaster zone.

(I do have serious form when it comes to prodding and poking at obfuscations in my pores so I couldn't really blame him for being suspicious.) 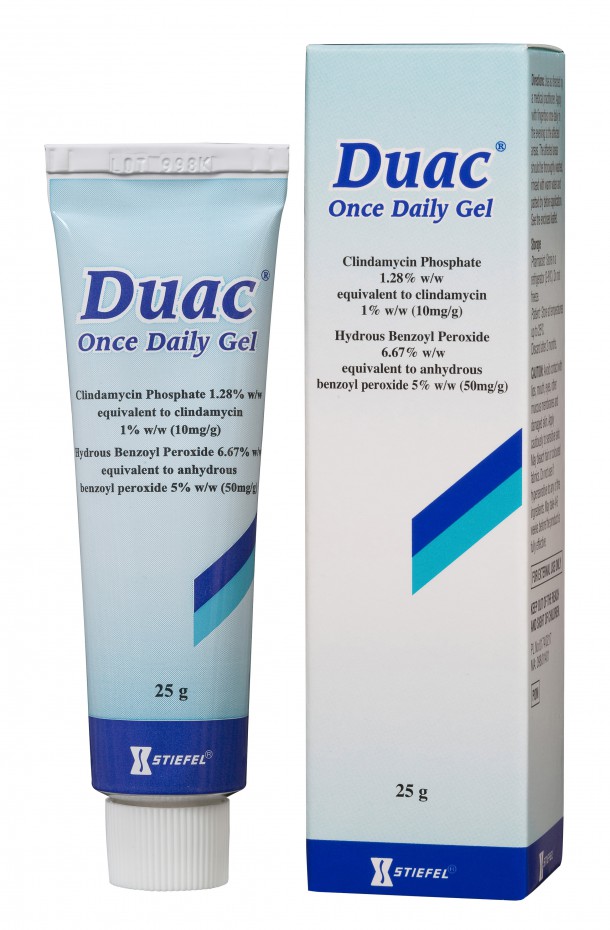 But all that might be about to change. I've been using an antibiotic-slash-benzoyl-peroxide cream called Duac that my doctor prescribed for just over a fortnight now and while it's too early to dub it my skin saviour, there's already been a marked and noticeable improvement in my chin.

I'm always reluctant to turn to antibiotics for anything but I felt that I'd tried everything short of slicing my chin off and I was at the end of my tether, so I decided to give it a go.

And am I glad I did.

From having a minimum of three and usually four inflamed, throbbing, painful spots at any given time and the remainder of my chin being literally filled with smaller but no less angry red, raised blemishes, I'm now looking at an almost smooth expanse of skin with just some tell-tale and fading pink scars and no hint of fresh problems forming.

Previously I've used benzoyl peroxide on its tod (as PanOxyl) and not been able to stick with it, but this dual pronged approach has been a different story altogether. I apply Duac at night after cleansing but before moisturiser and while it will bleach any fabric it comes in contact with, I've found using a white pillowcase (and folding a second white pillowcase over the top of my duvet cover) has so far meant I've been able to avoid any disasters. I also stick my hair in a plait so as not to accidentally ombré my ends.

The active ingredients in Duac gel are the antibiotic clindamycin, which fights the bacteria associated with acne, and of course benzoyl peroxide, which increases skin turnover and clears pores. This helps break down existing comedones, prevent the formation of new ones, and unblock the sebaceous glands. Research suggests that this combination of active ingredients is more effective in treating acne than using either one on its own, and that's been my experience.

In about 3 months I'll know for sure if Duac truly is my holy grail acne product, since it's intended to be used for 12 weeks at a time.

So far, though, it's the best thing I've ever used to sort my spots.