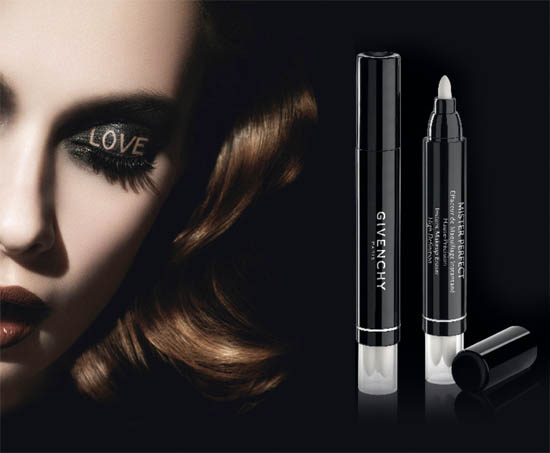 Ok, so the idea of a makeup retoucher pen's not new - Simple and Revlon have done it already and considerably cheaper than the €29.50 Givenchy is asking for Mister Perfect - but given that Givenchy usually has some clever ideas up its glamourously packaged sleeve, they have gone one better for the money.

Four nibs is what they're offering, three of which are stored hygienically in the base when not in use, and they suggest you swap them in and out depending on the job at hand. A regular gripe at these types of products is how gunky and grubby they get, so the brand suggests you keep one for tidying up lipstick mistakes, one for eye makeup issues, one for foundation and so on. Once they're clicked into place, they suck up the cleanser from inside the pen, and away you go.

Of course, you could just use a Q-tip and some micellar water cleanser to do the same job, with no fiddling about and no the-guts-of-thirty-quid outlay either. But that wouldn't be glamorous. Or transportable. And y'know, that image above is really selling it in a way that Simple's dull cardboard bubble pack just didn't. Sorry, Simple.

Tell me though gals  - am I mad? Mad, bad and dangerous to my wallet?