Friday Feelings: Do You Use Make Up to Enhance or Camouflage?

Apparently contouring is over. Contouring of the Kardashian kind at least. But the thing is, contouring is actually much more than a trend and makeup artists have been putting their shadow / brightening skills to task for years. So good contouring kits still deserve a place in your makeup bag.

There's not point in disregarding the practice just because it's 'out' - not when it works for you. While I have threatened time and time again to take myself under the knife to change the bits and pieces about me that I don't like, I don't think I ever would; not when a) I definitely can't and probably won't ever be able to afford cosmetic surgery - and why drastically alter myself at this stage in life? and b) because an awful lot can be done for the face by the power of makeup and hair.

I haven't quite mastered it but I've been working at slimming my schnoz. Disasters have happened - you do not want two stripes of orange bronzer on each side of your nose with a bright line of pearlescent highlighter down the middle, oh no, you certainly do not. 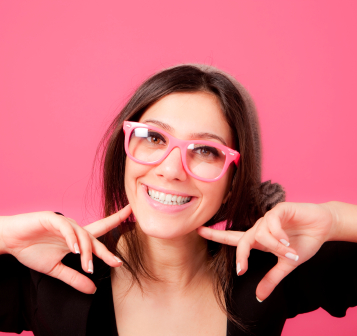 A makeup artist worked their magic on me recently and I almost cried when I saw pictures where my snout looked much less Cyrano de Bergerac than usual and from a number of different angles at that - I wasn't just caught with my head poised just so in particularly flattering light.

Accepting yourself for who you are is very, very important, but it can be hard to do. Luckily, it's made much easier with a haircut that suits you or some carefully applied slap.

Is there anything you pay close attention to concealing? Or do you have a highlighting trick that draws attention to a feature you like and away from something else? There's no shame in camouflage - sure that's what makeup was invented for in the first place! While we're at it, have you had any attempt at covering up that went horribly wrong?