Friday Feelings: Have You Found Your 'Good Side'?

BBC had a series on years ago all about the human face. I remember it being fascinating but the only thing I took from it was that Liz Hurley basically has the perfect face. It was measured and examined and mapped by face experts (scientists, not members from the people watching club)  but the underlying reason for its perfection was its symmetry. Who cares if you have a nose the size of a Toblerone bar, if your face would look the same folded over, you're grand! 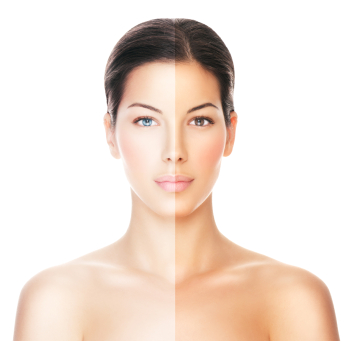 The reality, however, is that most of us do not have symmetrical faces. It's not a bad thing, it's what makes us unique. However, it does mean that the idea of a 'good side' is actually true. In general, most people do have a side that they think looks better in pictures. Sometimes. people angle their preferred side when presenting themselves to a prospective beau (whether they realise it or not) and in this day and age of selfies, a good many people have figured theirs out.

I haven't but I admire people who have perfected the art of posing. It's hard! Have you ever tried it?

Do you believe in the notion of a 'good side'? Have you got your selfie face down?