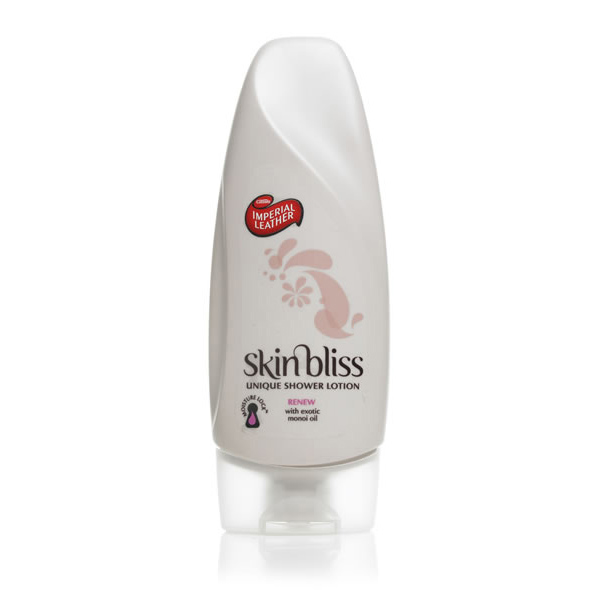 Yes it seems to be true.

A leopard can change its spots.

Beloved of Dads and other men around the land the four pack of Imperial Leather soap is a staple in many households. True you can get much more up to date shower gels from them and they're quite nice. Foamy or spa influenced even. But to me there's still an unmistakably manly vibe about Imperial Leather.

But now Imperial Leather have revolutionised their soapy offerings. At least from an "I'm a laydee" standpoint.

I have to admit I would have reviewed this weeks ago had not the bag it came in fallen behind the settee, where it remained undiscovered until this week.

Skinbliss uses the magic of monoi and promises to leave your skin softer after five days of use. It smells sweet and girly and the fragrance stays on your skin for hours afterwards (not in an overpowering way). If you're not willing to fork out for the Elemis Exotic Frangipani Monoi Melt on an everyday basis (and lets face it not many of us are) this will do the job very nicely thank you.

No chance of yer Dad liking this one, I swear.