Oh merciful divine.  What am I to say about this fragrance?  I had to sit down at the keyboard and compose my thoughts and still my mind before I began.  It's on the menu if you're indulging in the Jo Malone Sugar and Spice pudding inspired collection (or dessert if you're Irish).  The others are Lemon Tart, Redcurrant & Cream, Elderflower & Gooseberry and Ginger Biscuit.

A scent to wear alone - or to layer on top of another scent apparently   Well if you did that it would be the equivalent of chemical warfare. 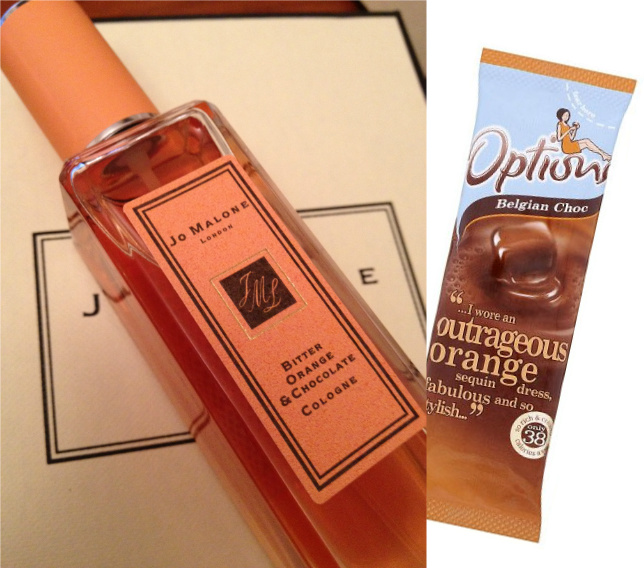 This is the STRONGEST perfume I have smelled since... ever.  It stayed in my nose all day, making me feel faintly ill and trailed along behind me everywhere I went - causing a very mixed reaction.

"What is that SMELL?" said people coming into rooms where I'd be lurking.  I kept quiet.

The taxi driver - THE TAXI DRIVER! - who himself reeked of a base note of BO and fags, opened his window.

"Oh Jesus you smell gross" said Himself coming home from work.  "You smell like... like.. a sticky child.  Spit and chocolate."

But on the other hand I got one bizarre remark from a nurse when I was getting tests later in the day: "What's your perfume?  Oooh it's lovely and strong isn't it!  The whole room smells of it.  I love that, great value for money."  When I pointed out that the strength might not necessarily be a good thing and I might be making the other patients ill, she was confused. I immediately backtracked, not wanting to hurt her feelings.  "Well yes, I suppose I was just worried it might be a bit too strong" I added.

"Oh no" she said.  "You can never have too strong"

The man in the next bed who'd just had his varicose veins out and kept fainting might have had a different opinion.  Luckily for him though, he had an oxygen mask hastily clamped over his face so my fumes could no longer reach him.

Bitter Orange and Chocolate is very heavy on the chocolate.  Top notes, bottom notes, hearts - I'm not going to go into any of that shizz because you'll only smell of one thing all day.

I love that Jo Malone take chances with their scents and mix fantastic combos up together (Vanilla and Anise is one of my all time faves).  I love that they're not afraid to move from the samey fragrances that many other brands churn out relentlessly and I'm a huge fan of their single note scents.

But this one?  It doesn't charm and warm and wrap around you like a good perfume should.  It hits you in the face and shouts "SMELL ME!".  It lacks any kind of the sophistication that Jo Malone is famous for.   A moreish Terry's Chocolate Orange it ain't.  More like that squished up orange cream at the end of the tin of Roses that's just one sickly sweet too far at the end of a gluttonous Christmas. 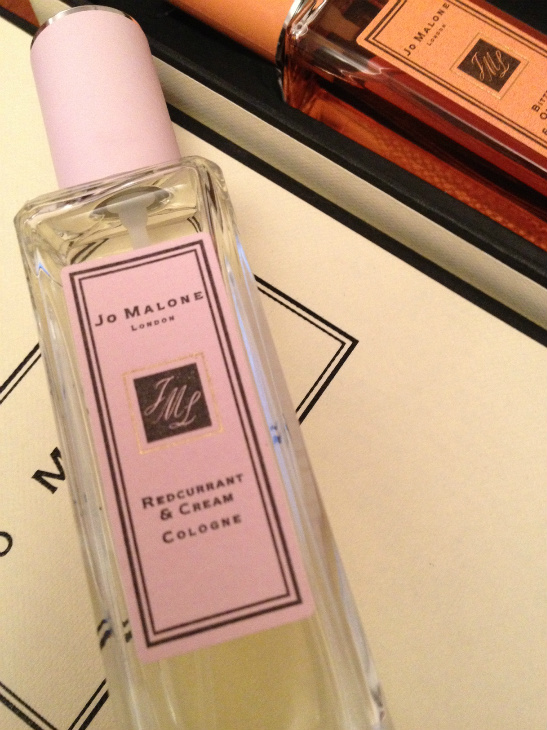 I also checked out the Redcurrant and Cream scent and this one I liked much more. It's initially very sweet too, but the Redcurrant note becomes more dominant when the fragrance beds down, making it much more mellow.  But spray lightly with this one too.