It's official! Men are stupider than women. Well, at least when it comes to almost getting themselves killed accidentally.

Recently, the Christmas edition of the British Medical Journal was released, where those fun-loving science types decide to forego some of their more serious research and have a bit of a laugh. Using data gathered from the Darwin Awards, they decided to study which gender would be more likely to die as a result of doing something incredibly stupid, and as it turns out, it's men. Well who'da thunk it?

In case you're unfamiliar with The Darwin Awards, they are given to those people who died in a way that was totally avoidable if they'd just stopped for a moment and thought to themselves "this isn't my best idea". 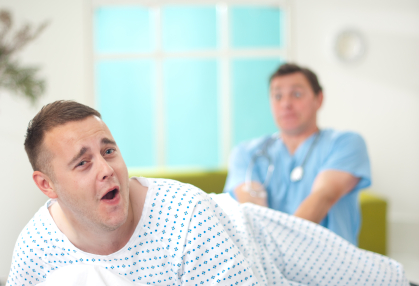 Taking a sample size of all the data from 1995 to 2014, Ben Alexander Daniel (a student at the King Edward VI School in the U.K.) and his team analysed what percentage of those who won the award were male, and it turns out that it's a worryingly large majority. 88.7% of Darwin Award winners in that time-frame were men, and thus offer this as evidence of the existence of MIT or "male idiot theory".

But sure didn't we all know that already? A guy I know tried to clean the stove door with a CAN of cleaning spray when the fire was already lit. Sigh.

Have you any further evidence to support this study? Do you have any stories that we can roll our eyes at and use again for evidence? Let's get commenting!

Via The Science of Us