How do you prep your lips for colour staying power? I used to put lip colour on over a light layer of foundation, for that is the age old trick for making it last is it not, but I always found that foundation dulled the colour somewhat. Hmmm, quite the conundrum.

There are tons of new lippies on the market that promise long lasting colour but they don't necessarily deliver. Often they can be quite drying as the pigment seeps in although the formulas are getting better and better (we loved Rimmel's Provocalips, which genuinely lasted for 10 hours!)

But what if you have a lippy you love that doesn't promise to last? What then? Well, Urban Decay believe they have the answer.

They have released a lip primer that is supposed to hold your lippy in place. But actually that's not its only function. Oh no, indeed it is not! It is supposed to prevent feathering too and correct mistakes and fill in fine lines. It's not even restrited to your lips. Before it even touched my smackers I tried it on mascara that had escaped to my lid and low and behold it vanished. It is like a little eraser for niggly makeup mistakes.

I am a huge fan of items that do more than one job. I am a sucker for all things multi-functional. I desire a minimalist makeup bag. But is this the whole shebang? 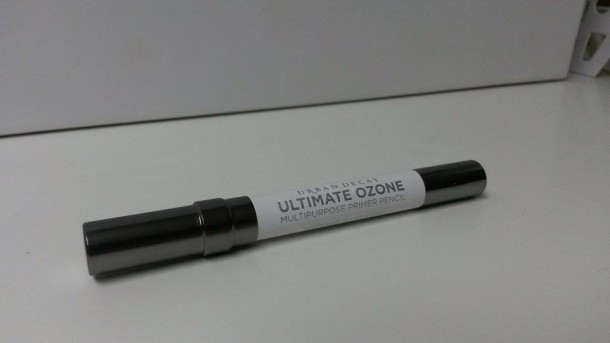 Put frankly, I think it's a little wonder. Looking like a semi-chubby stick at first glance, it comes in very fetching packaging. It glides onto lips and feels lovely and balmy - it contains jojoba oil. The texture is a bit waxy, especially when it's warmed up, which is rather pleasant and it's soft and moisturising. 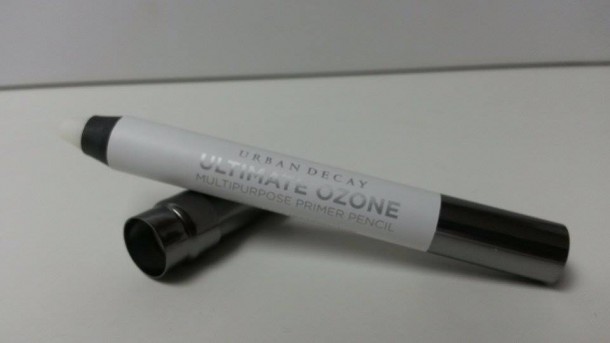 I smoothed it around the outline of my lips first and then filled them in for good measure and then I applied a Catrice lip colour over it. It went on so evenly over my usually uneven lips I couldn't stop looking at my reflection. Since it's clear it doesn't alter the shade of the lip colour and my lips feel hydrated and happy. Once the lip colour was in place I outlined again with the Ozone and it tidied it up very nicely, thank you very much.

After five hours my lipstick was still on. Granted, I didn't eat during that time and I drank from a bottle with a straw but I think that's pretty good going! 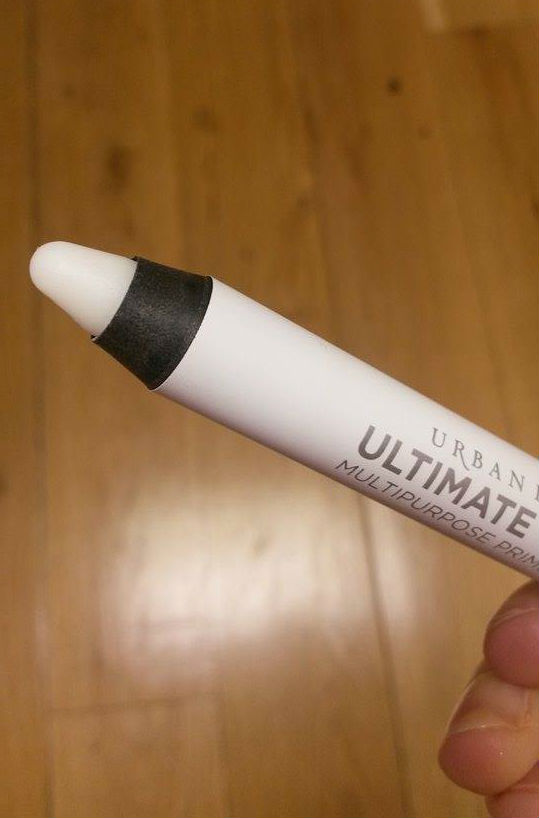 I don't have fine lines around my lips just yet but given the waxy texture it could work at filling them in. I tried it on my ever extending crows feet and it kindof worked but I would really only use it for this purpose if I had nothing else at hand and was feeling particularly craggy.

It's unscented and I licked my lips by mistake when I put it on and can confirm there is no taste to speak of! It's cheesy to say but I can imagine it acting like the Earth's ozone would if it didn't have that pesky hole in it.

I don't think it would go astray if you popped it into your day to day makeup bag and I can imagine it coming in handy when you're going out after work and applying your makeup with a tiny mirror at your desk.

Does this sound like something you might use? Have you a special tool that helps with makeup errors or are you a cleanser on a Q-tip kind of person?