Good Lord. It's as big as that yellow boulder that's in the wall of Tiffany & Co's 5th Avenue branch. It's like Rose's Heart Of The Ocean, only yellow. It's beyond belief. Even her nails only momentarily detract from it... 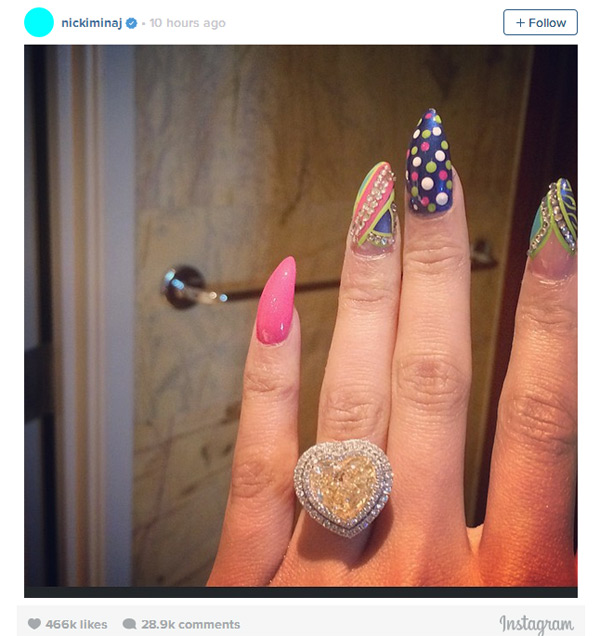 For those wondering who she's reportedly engaged to? His name is Meek Mill and he's a rapper. They've been openly dating for a few months, but were presumably together for a while before they declared their love for each other.

Did @NICKIMINAJ just get engaged to @MeekMill? http://t.co/JsIUZd2db6

Not that we should compare, but - as heart rings seem to be all the rage among celebs of late - which one do you prefer (if you had to choose); Nicki's or Lady Gaga's? That's today's burning question, people.