There's one reason I like Lancome Bi-Facil Eye Makeup Remover and that's cos it works. Plain and simple. A two-phase product, you shake it to mix both liquids and then squoosh a dollop onto a cleansing pad. While it says it's non-oily, feck that, it IS oily, and that's what makes it so good at getting all sorts of guck off your peepers.

Glitter, waterproof mascara, smokey eyes, primer and pigment melt, and because it leaves a residue, you can't reapply any new slap straight on top as it'll melt right off. That, and the greasiness of the liquid is what puts a lot of people off, but being realistic, a light, water-based remover can't cut it with heavy-duty cosmetics because you need oil to attract and lift off hard-to-shift products. You tend to find you use tons of less-effective cleanser, and you scrub at your eyes to help it along. Yeah, you'll get it off eventually, but that isn't how I want to treat my delicate orbs.

This is a store-cupboard essential for me, and gets used whenever my Eve Lom routine doesn't quite cut the mustard. By the by, that's one of the great things about a balm cleanser - being oil-based and gentle, I can rub Eve Lom cleanser right into my lashes without irritation, so while it's pricey, I very rarely have to buy any other type of remover. Occasionally, though, some glitter or mascara will prove impervious, and it's to Bi-Facil I turn.

At €28, Bi-Facil isn't exactly cheap, but Lancome often do luxury trial sizes of it during gift time, so it can be a good time to try it on for size. And here's some news: their next gift time is in June, and will feature an Alice Temperley-designed bag - pic after the cut for the curious. 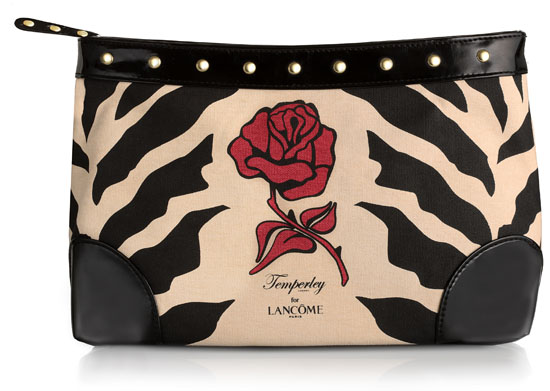