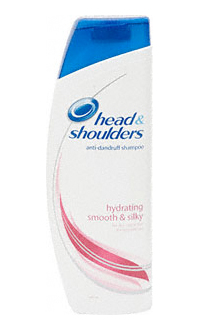 I have POXY hair. I hate it. It's very fine but there's loads of it, so I spend my life hoovering up hairballs, and a direct consequence of its fineness comes a never-ending battle with frizz.

In fact, it's such a pain in the arse that a lot of the time I just tie it up and forget about it, because it's so hard to deal with. I avoid washing it too frequently and rarely let heat near it; dry shampoo, Kerastase Noctogenist Nuit and various Shu Uemura hair oils are all called into play to deal, variously, with degreasing roots and sleeking tips. Intensive masques are also my friends as I find conditioner about as useful as snowballs in hell.

Part two million of loathing my hair means I can't be arsed to go and get it cut that often either, and that leads to a triangle-headed nightmare which can't be worn down unless I backcomb the roots to within an inch of their lives to add some volume at the crown. So, hairspray is another big pal of mine.

I'd say it's been about seven or eight months since it last saw a scissors and I'll have to gird my loins and go fairly soon, because it's getting way beyond a joke. Each wash makes the ends crispier, and as I use so much product in it, my current Pureology go-to got ditched the other day in favour of some Head and Shoulders Hydrating Smooth and Silky, which I was sent, turned my posh-purchase nose up at and and lobbed down to the man-end of the bath. Sure men'll use any old muck, wha?

I didn't have any hopes for this bar scrubbing out all the product I've been using, and lovely and all as Pureology shampoo is, the fact that it's sulphate-free means my hair gets greasy by the next day and I'm also a little dubious as to its deep-cleaning abilities - I always have to lather twice, for instance. Anyway, I lashed on the H&S and went off about my business, allowing my hair to air-dry as normal, expecting to need to tend to ends later with some manner of lotion or potion. As per usual, like.

Except, when I went back to the bathroom to check it out later on, I got a bit of a surprise ...

It was behaving itself. The ends were smooth, not sticking out like a crazy lady's and generally looking like hair should - viz, smooth and flat. Wow. Frizz was non-existent, it looked shiny and, well, manageable. I still need to get it cut, mind you, as it's too heavy and it's dragging itself down from the crown. But this was no mere fluke - I've washed my gruaig twice more since then and gotten the same results.

I dunno what's in there that makes my hair behave (delicious silicones, I assume) and for about €3.59, I don't really care either. No joke, and you can colour me as surprised as you are, but quite simply, this is the best - not to mention most beaut.ienomical - hair product I've used in absolutely ages.