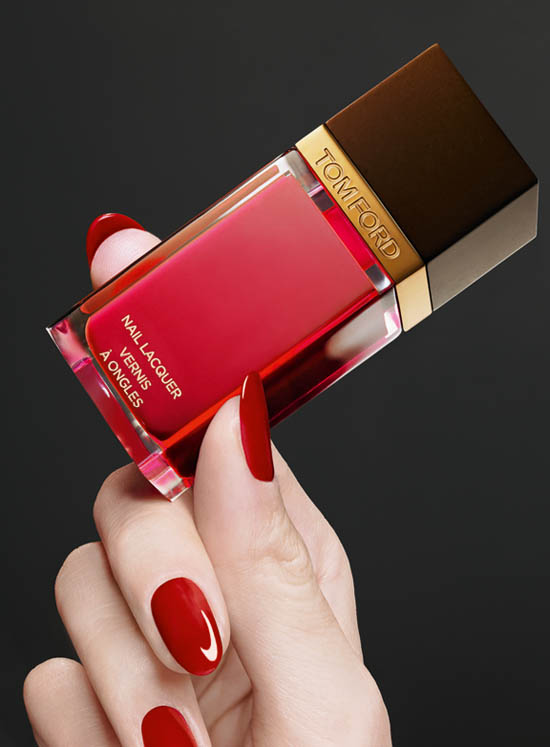 When the swit-swoo Tom Ford makeup line launched in September we were promised a further treat in the form of nail shades to land in December. The 5th, to be precise, when you'll be able to sashay elegantly to Brown Thomas Dublin to check out 16 new shades at €30 a pop.

And there are no mere shade numbers for Tom. Oh no. He's named these babies things Naked and Mink Brule as well as Scarlet Chinois (which I initially read as CHINOS and nearly died of shock - chinos Tom, really?) plus Bitter Bitch - love it - and Viper.

Like the lipsticks, there are creamy nudes, burgundies and high-impact brights on offer. The formula's promising to be second-to-none too, and packaging is stunning. We've seen polish from the brand before in the form of last year's Black Orchid limited edition, and it was pretty spectac, so we can reasonably expect this to follow suit.

Loving the look of 'em on paper and pixels. Will you head into BT for a sneaky swatch?