D'Ya Come Here Often Luv? When Chat Up Lines Go Bad: What Are The Best And Worst You've Heard?

My best friend and I met up for a meal last week and decided to continue the evening by going for a drink afterward. So much had happened since we last saw each other - I'd been to Florida and gotten engaged, she'd had a giant interview in work. We had a lot to catch up on, so we headed to a bar and got ourselves a drink to gossip over.

Now, the bar in question is not known as a 'meat market' or anything of the sort. But being a Saturday night, it was packed so we ended up having to standing while having our chat. Despite the fact that neither of us are single and both of us were deep in conversation, we were interrupted by a slew of guys trying to chat us up. It was like being trapped in an episode of The Inbetweeners. 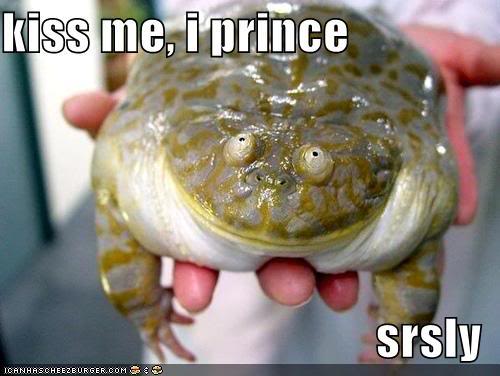 The first was a Spanish guy who appeared to be in the bar alone with no friends and despite standing about a foot away from us, proceeded to shout 'hi' whenever our heads were even slightly turned in that direction. We ignored him but it continued until eventually we smiled, said 'hi' in return and turned back to our conversation.

The second time, we were rudely interrupted by two guys who kept telling us they liked the songs that were playing. Then they bought us shots which we refused to drink on the premise of not wanting to be roofied.

The third and most annoying guy was sporting a trilby, looked about twelve and actually asked us for a hug. When I glared at him to give him the message, he told me I looked very angry and mean. Well, he wasn't getting the point so I didn't care. 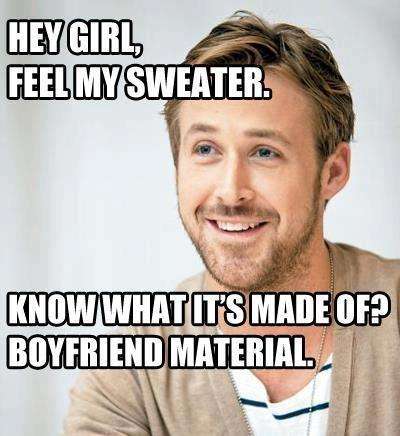 My question to you is this - why can't two girls go out for a drink without having to put up with every Tom, Dick and Harry trying to interrupt their conversation? We were obviously not out scouting for men and just wanted a girlie catch up.

And here's another - why don't the guys in question get the hint when you're just not interested? If a guy approaches, you can't simply shout "I'm taken" at him as that is quite presumptuous and he may simply be asking directions to the toilet. However, when you give monosyllabic answers and act uninterested, it doesn't seem to be enough to relay the message. Simply ignoring them can lead to them calling you mean and often times, causes them to just to repeat themselves… just in case you didn't hear, like.

I even had an incident once when a guy continued to talk to me for ages, and I kept up the conversation as my friend was in the bathroom. He was simply asking where I worked, where I got tattooed etc. And when I eventually mentioned that I had a boyfriend, he called me a bitch and said I was leading him on. I truly feel there is no winning. 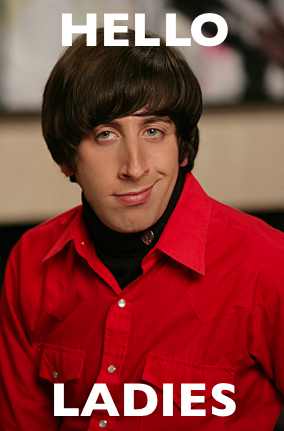 And while we are on the subject, my favourite chat up line had to be the one time I have ever graced (and will ever grace) Copper Face Jacks with my presence and a farmer from Mayo called Paddy (no joke, he actually told me that) asked me would I do him a favour - kiss him and tell him if he was a good kisser. Needless to say, despite being single at the time, I politely declined.

So go on, tell me what are the best and worst lines you ever heard? And how on earth do you send them the message when you aren't interested?!

It's official, Irish men love themselves

The sensical reason why women need more sleep than men

The Difference in Pay for Sports Women & Men is Feckin' Outrageous

This Infographic enraged us

What does 'Be a man' mean to them?

Male Contraception Injection Will be Available in the Next Three Years

A less drastic option than vasectomies