Girls toys, in general, are a bit (a lot) of a joke. While boys are encouraged to get out and have adventures and do science experiments, girls are told to dress up tiny versions of themselves, take care of plastic babies, and play at being a wife. Kind of unfair, isn't it?

Then we have the insane way most of these toys look. Remember Bratz dolls? Remember their oversize heads, tiny noses, bulbous lips, and non-existent hips? And Barbie. Oh, Barbie.

There have been a lot of attempts to bring Barbie back down to Earth over the years. Some clever person even went as far as breaking down all the ways in which Barbie would not be able to survive were she a real person - she'd be seven foot tall, have to crawl on all fours, and would probably die within a month from malnutrition. Grim.

But now we have a real glimpse of just how wrong Mattel got it when they first created Barbie all those years ago - with an artist's rendering of a normal-sized Barbie doll,  using the measurements of the average 19-year-old woman (let's call her Deirdre.) And doesn't she look great? 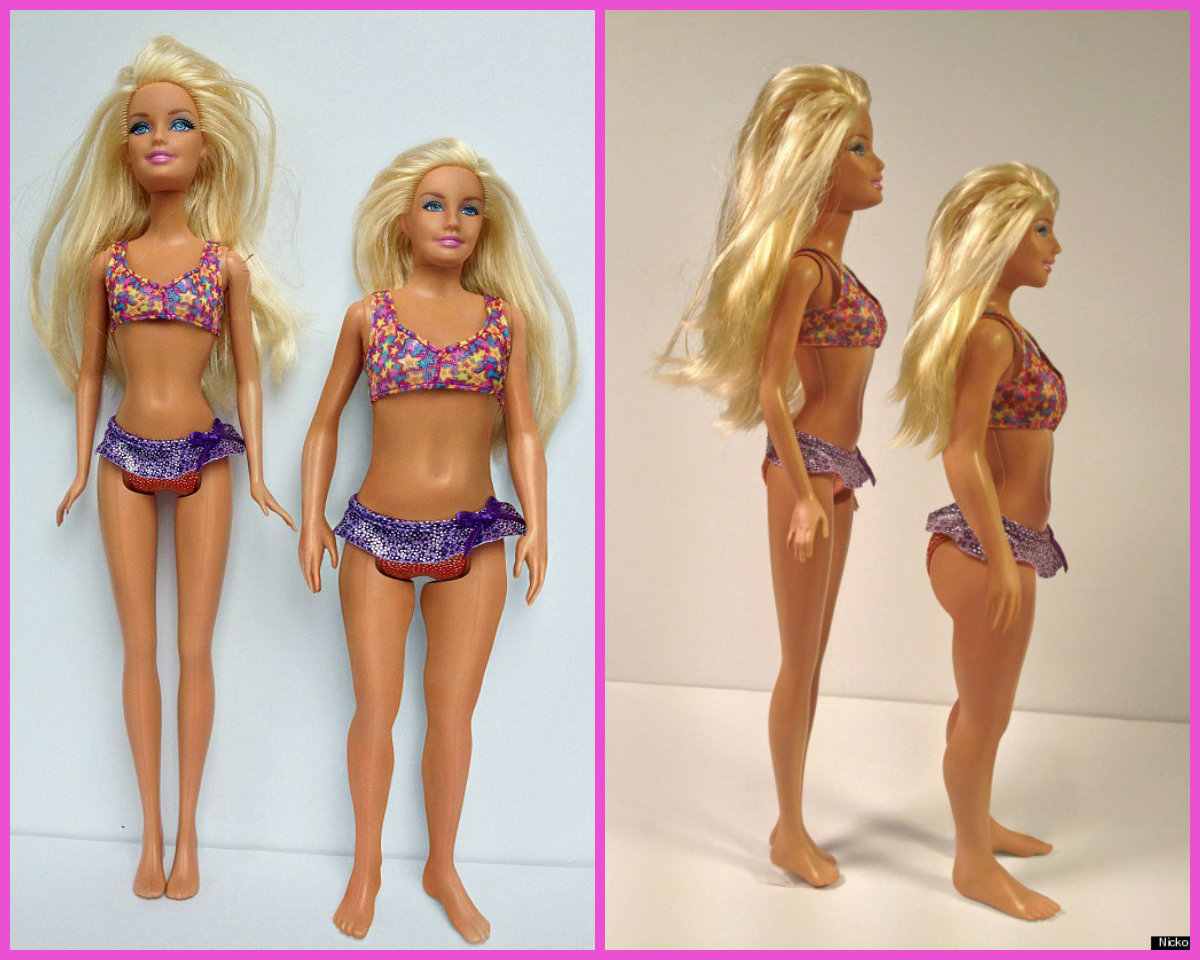 Admittedly, it's a bit jarring at first seeing Deirdre next to Barbie as we know her. She looks...stumpy. But then you remember that if Barbie had looked like this from the get go, we'd never think a doll with normal human proportions looked stumpy.

I don't see why Mattel can't roll out Deirdres as standard. I'm not sure how much playing with Barbie warped my perception of women's bodies (I think the media did more to damage that) but it certainly couldn't be harmful to instill in girls from an early age that freakishly tiny feet and pointy boobs aren't attributes they should expect a woman's body to have.

What do you think? Should we scrap the Barbie and bring in Deirdre?

If Ken had a Barbie-style modern makeover

New look Barbies are here & they're a LOT different

We kind of want them all

Why the New Moschino Barbie Ad is Important to See

Calls for the end of gender stereotyping

She's a Barbie girl, in her Barbie world