We're not sure if he's doing it for the kids or for just the public at large, but Mr Williams latest gig is as a designer at Penneys.

According to Primark's Youtube page (lookit, we know 'tis Penneys. And we Irish love the name Penneys because it reminds us we're getting a bargain. And we're fond of a bargain), they said they're "are proud to introduce Farrell, an incredible heritage-inspired menswear brand offering effortless style and fabrics. Head to www.primark.com for more information."Before you grab the keys, wallet and charge out the door, it's in selected stores only. Also, have a gander at what's on offer first...

Well there were a load of balls, and buttoning of buttons, but underwear doesn't appear to be part of the Robbie-designed range. And if Robbie does get round to stitching some undies, he'll probably vlog it like he did the birth of his baba so we'll see all the action. 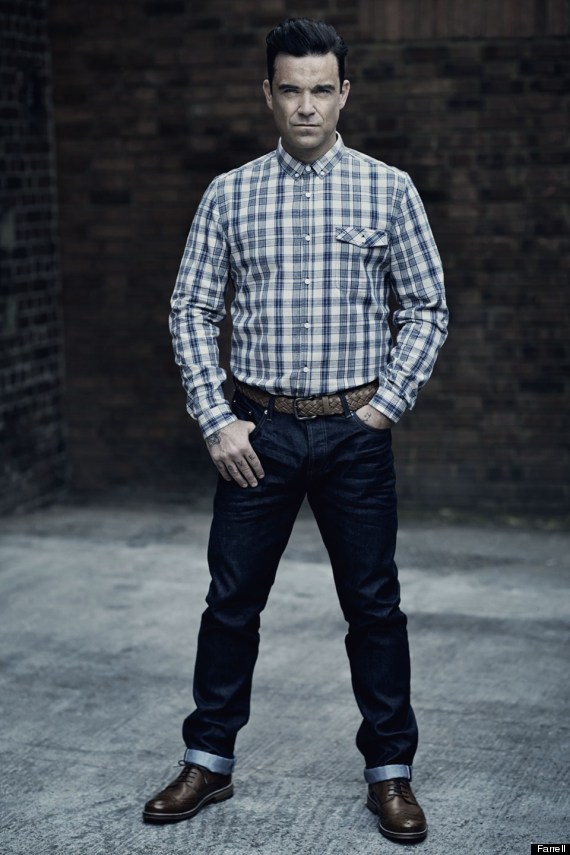 The musician was recently asked mid-interview how he likes to spend his free time: "On a day off, I’ll just watch films and eat chocolate in my underwear.” When probed what undies he'd treat to a film and chocolate debris, he announced: “Primark. No one sees them.”

So we expect to see some Willyiams undies (see what we did there) in the next collection.

So what do you reckon of Farrell? Would your fella pick up a piece of the auld Robster?