Ryan Reynolds Explains The Mystery of his Daughter's Name...

A few months back, Ryan Reynolds was being particularly coy regarding his newborn baby daughter's name while being interviewed by David Letterman? You remember the interview; it's the one where Ryan constantly refers to Blake Lively as his "wife" because he's probably a bit shy about uttering her name in public too.

As it turns out, Ryan seems to think his wife, Blake Lively, has given birth to Voldemort. Speaking of the secrecy surrounding the name, he said: "

"There's zero secret about it (um...). That little girl will grow up to be a teenager who will find out that I blurted her name out on national television and probably make me pay for it. She will exact her revenge in searing, psychic pain."

See, Baby Voldemort. Although one could argue that all baby girls are destined to cause searing, psychic pain when they become teenagers. 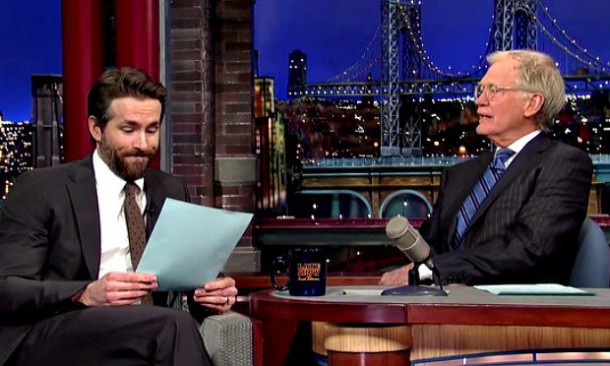 He added: "When you put yourself in the public eye you have to accept certain aspects of it... I think to some degree if you don't court it you don't have to deal with it so much."

Fair enough. But...we can't help but be interested in what anyone calls their baby! It doesn't matter if it's your neighbour, third cousin, best friend or Una Foden, baby naming is fascinating. Just tell us Ryan and Blake!