Vodka Tampons: Urban Myth or not? 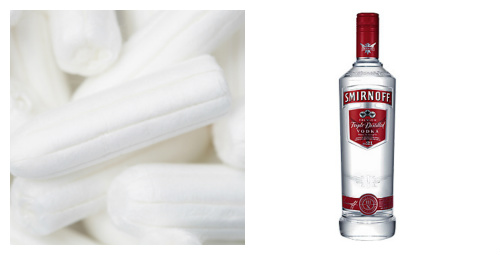 In the latest of our occasional series of searing investigative polls, let's take a little look at the story of Vodka Tampons.

Soaking tampons in vodka and then inserting them in the hoo ha as a way to get really drunk really quickly, is a story that's been around for a while.  It's attractive to teenage girls (and boys, they apparently stick the tampons up their bum instead) because there's no smell of alcohol off their breath - which lessens the chance of being caught out by parents.

Pouring vodka into the eyeballs is a real thing - idiots actually do this - but is sticking a vodka tampon up your fanny for real?

It doesn't sound like much fun to me.  What do you think?

Poll: What brand of tea is in your cupboard?

Tea: rocket fuel for the Irish

White Winter Wonderland or Summertime Style? We Take the White Trend to the Polls!