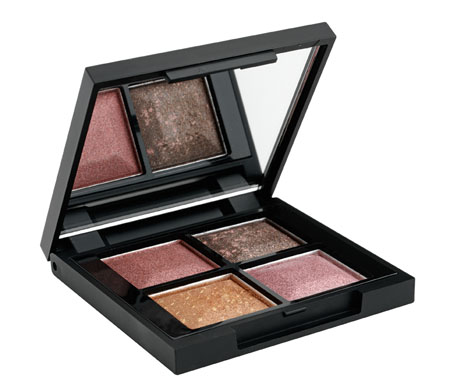 I often see you gals blathering away about M&S's Autograph cosmetics range and it's one we don't often blog about. For no good reason that I write most of the makeup posts and I don't own much of it! A situation I often mean to rectify because the stuff looks lovely, and always gets the thumbs up from Those Who Know, too.

I may well begin my rectification process with this yum looking palette which will be in M&S stores from September. It's got four flattering (yet still nice and candy coloured) shades, and it's a mere â‚¬14. Roll on September!