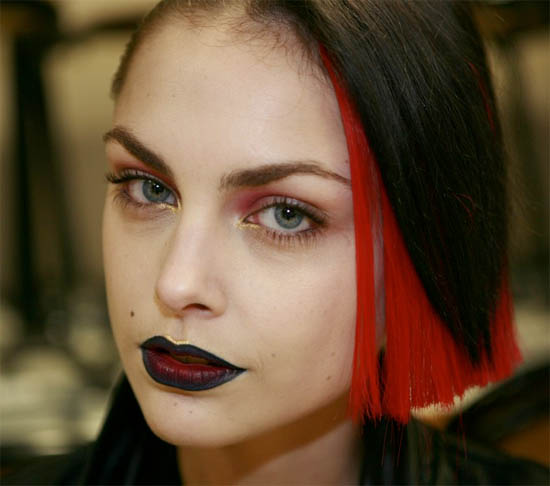 Ok, so it's absolutely no stretch of the imagination at all that berries and deeper tones'll make an impact for autumn/winter - show me a colder season in which they don't and you can colour me all kinds of surprised. But one of the biggest beauty trends emerging from the recent Paris Fashion Week shows was a much more amped-up version of autumn's burgundies and browns.

In fact, it's all looking a bit goth, quite frankly.

At Yohji Yamamoto, "makeup artist Pat McGrath painted black onto models’ top lips and the lower half of their bottom lips, whose middle was left a blood red," reported WWD.com. Gold accents were a focus on the cupids bow and on the inner corner of the eyes, which were washed with red shadow. 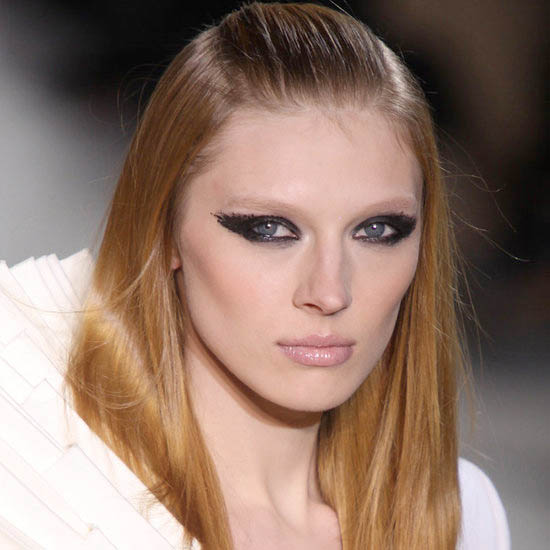 We've already had a look at the couture smokey eye look Mac created for the Stephane Rolland show; it's a prettier, more painterly version of the regular smokey you might rock for a night out. Not sure how to achieve that? Check Sara's step-by-step tutorial for a simple way to get the look, or browse our expert guide to recreate the couture look above. 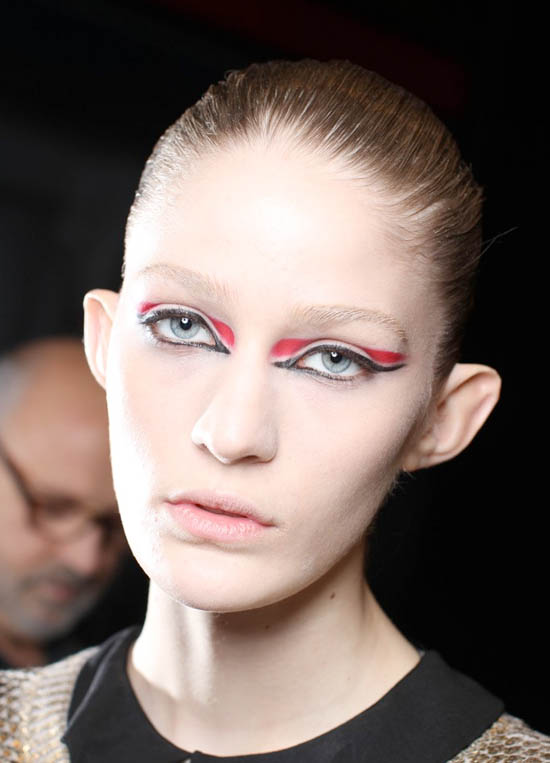 At Theirry Mugler, Val Garland was at the helm and her cyber-goth beauty look had an Asiatic slant.  “We’re working on a linear, Asian-inspired eye using colors white, red and black,” WWD.com reported her saying. 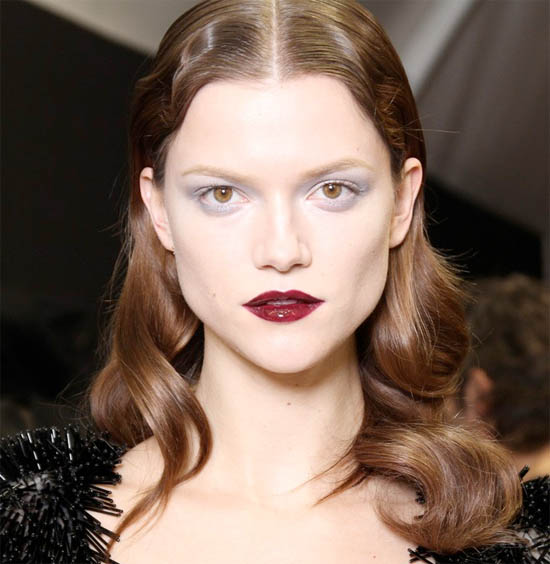 Viktor and Rolf had a prettier take on the trend. Gothic elegance was what Pat McGrath dubbed it and it's definitely the most wearable look of the lot. Eyes were swept with light grey-lilac shadow and lips were lavishly painted with burgundy gloss. Loving this one. 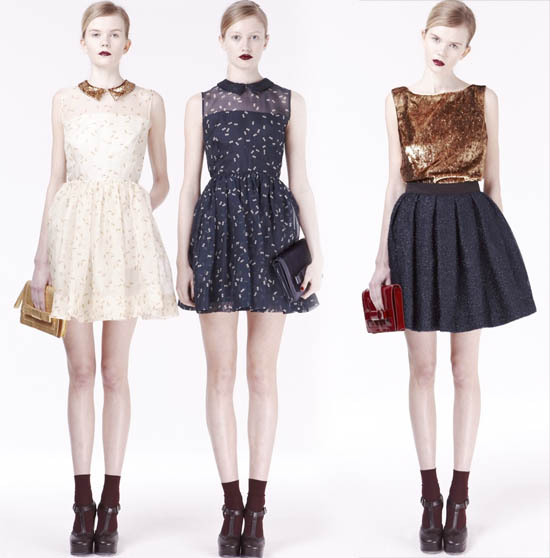 Even Orla Kiely - queen of all things twee - got down down with goth for Autumn, presenting a showcase at London Fashion Week in which models paraded perfectly pale skin, understated eyes and dramatic, deep dark lips. 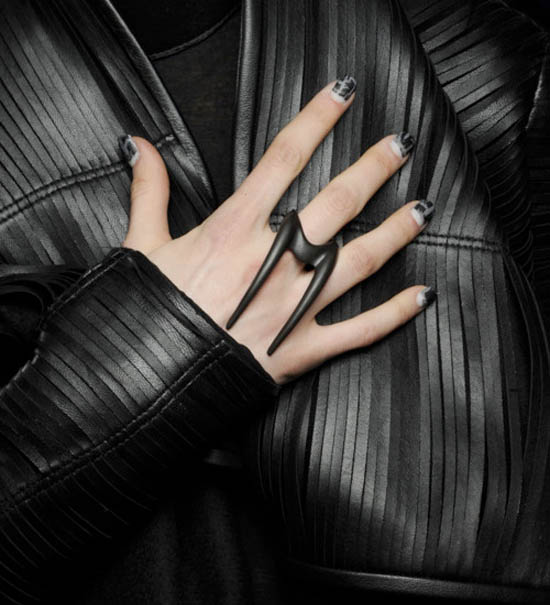 And of course nails got a look in: at king of all things dark, Gareth Pugh, the nails were painted to ape his signature angular motif and a reverse half-moon French was included.

Like the look of any of the above? Reckon you might adopt any of it into your beauty repertoire for the colder months ahead?