Sometimes my brain terrifies me.

Can I remember what it was that I popped to the shop for? No. Can I recollect exactly how old I am? Not necessarily, sometimes I have to have a little think about it. But can I recall what Rita from Coronation Street said about getting work done on your face about fifteen years ago? Oh yeah, that I can do, no problem there. 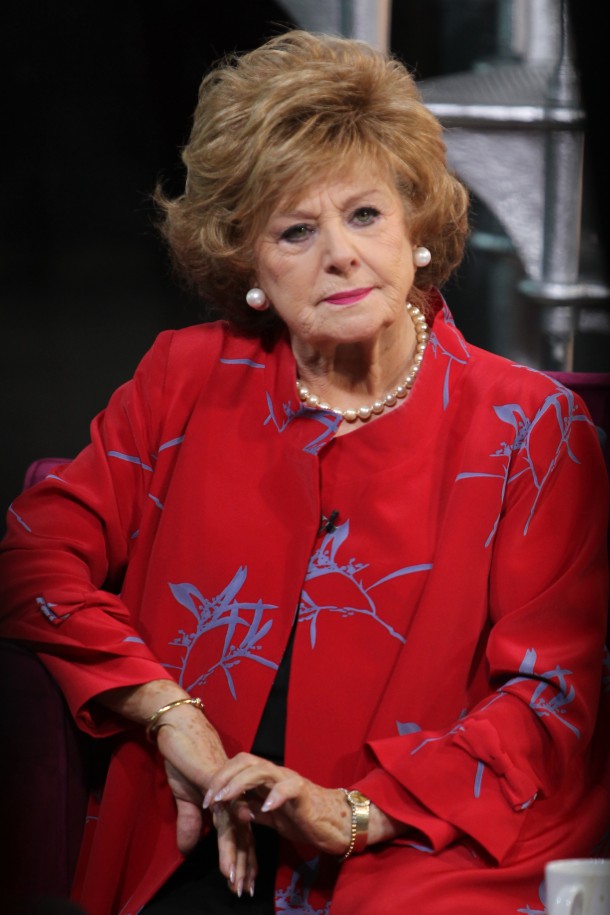 God knows how I remember but I think I recall her saying that if you get a facelift you should always get a new haircut at the same time so that when people look at you and notice something different (read: odd) about you, they'll attribute it to your hair and not the fact that your cheeks are now stapled to the back of your neck.

Now I am not saying that this piece of advice has ANYTHING to do with Brit's new haircut but sure, there's the information, do with it what you will.

I admire Britney Spears. Not as much as the weirdo who made the video screaming at everyone to 'leave Britney alone', snot and mascara down down his face, but I do think that she comes across as likeable and has a type of resilient fragility. She has had more drama in her life than a double episode of 'Revenge' and sometimes I think that she just needs a hug, a cup of tea and a weekend away from it all.

But the Big Red Brit Bus rolls on, and she has launched a new range of undies this week. And Edele Lynch has been chosen to peddle it to the Irish nation. 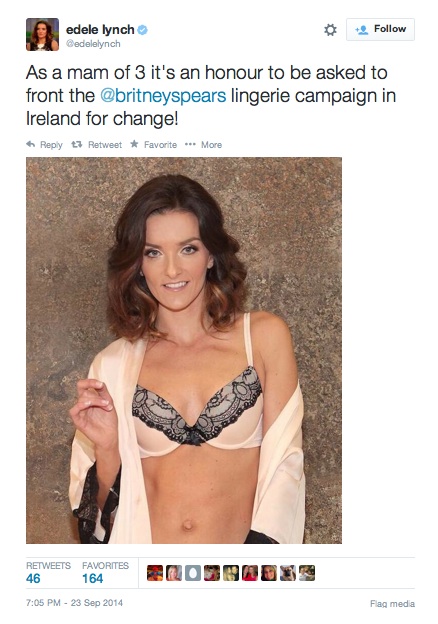 But at the recent launch, all eyes were on her hair as opposed to the pants. Now, Britney's just been through a breakup, so the mandatory thing to do is chop off the locks. It's the more permanent version of Mitzi Gaynor's ex-boyfriend hair solutions.

And it's not as if this is the first time Britney's had a bob. But see, I'm not entirely convinced that the woman below actually IS Britney, bitch.

But I think I have the answer - look at this picture: 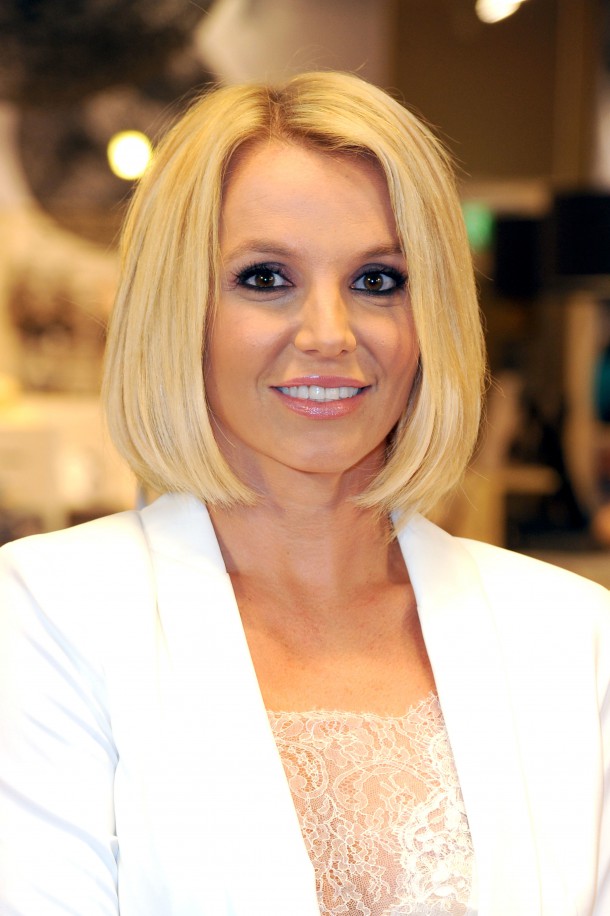 Isn't this the perfect campaign poster for someone running for election? I don't know if she's been inspired by Hillary or Mary Lou but expect to see her being harangued by Vinnie B very soon for an answer to the question of the proposed upgrades to the Mohill Recycling Plant in Leitrim  ('will you just ANSWER the question, Britney, for God's sake, just answer the question').

Are you a fan of Bertney's new bob? Do you reckon it's breakup or Vincent Browne inspired? Did Rita have a point all along? And how do I get to go vamping with Vinnie B? To the comments!