Beaut.ie Wonders: Do You Bin Cosmetics Past Their "Best Before" Date? 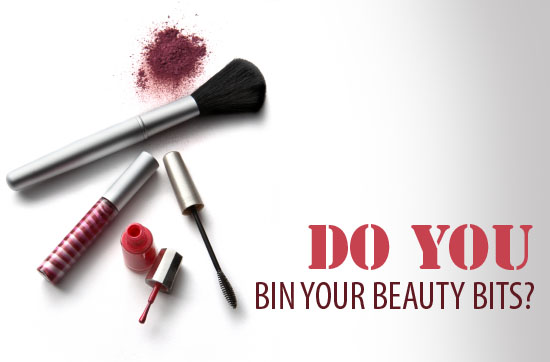 If you look closely at most skincare or cosmetics purchased in the EU since 2005, you'll notice a little symbol that looks like an open jar with a number followed by the letter "M" printed in or around it. This is the period after opening, or PAO, symbol, and is intended to denote to consumers the safe useable lifespan of the product in months from the time of initial opening.

According to this labelling system, mascara is usually good for six months from the time it's opened, liquid foundation for about 12 months, while perfume should be perfect for three years. Now, most of us would probably be eking the last dregs out of our daily go-to versions of those particular products anyway well within their lifespans, but what about things like body moisturisers or shampoos or fake tan? Or eyeshadow or blusher or lipstick?

When it comes to products that you have a number of incarnations of or less frequently used items, do you obey that little POA mark and toss them once their time's up?

POLL: Do You Apply Foundation or Eye Makeup First?

Yes, it's the BURNING question of the day

POLL: How Often Do You Change Up Your Beauty Routine?

POLL: Would You Consider A Liquid Facelift?

Poll: Fancy Pants VS budget shampoos: which do you choose?

Poll: your thoughts on the new site