Priyanka Chopra is a Bollywood actress, singer and winner of Miss World in 2000. And earlier this year, Time named her as one of their 100 most influential people. 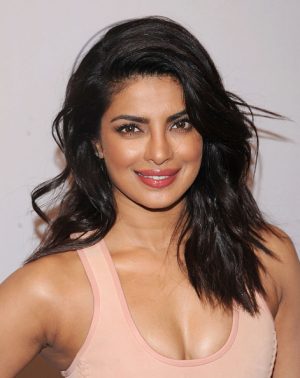 But it's her recent Maxim cover that has the internet and twitter machine buzzing at the moment.

@priyankachopra the hottest woman in the world slaying on our June/July cover. #PCTopsMaximHot100#PriyankaChoprapic.twitter.com/F07slxlW3c

The photoshop accusations are thus - have Maxim Barbie-ified her armpit to give that lovely plastic-looking finish? Do we care? Apparently many of us do because Twitter was quick to point the photoshop finger.

I read on how they edited Priyanka's armpit to be such flawless and it get unrealistic and woww, that is such an expectation of armpittt

Wish I was as stunning as #PriyankaChopra 's armpit without Photoshop.

Ah, the expectation of armpit. Personally, I think Photoshop has just started to eat itself, starting with the armpit.

Are we so conditioned to expect photoshop that we just don't care anymore or is this just another example of the 'ridiculous beauty standards' merry-go-round that we need to call out?