Create a natural 15 minute face with Clarins PLUS Handsome Claude! 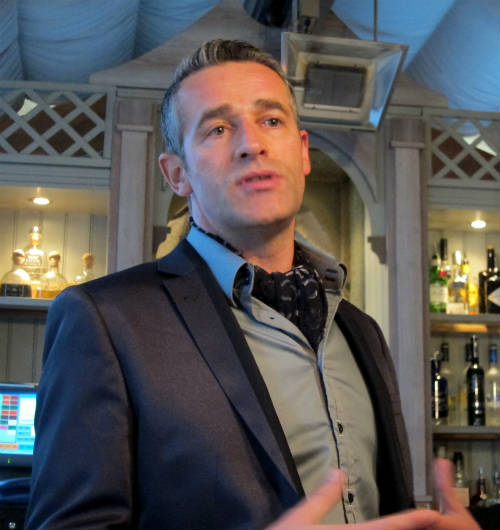 "Take lots of pictures!" That was the first thing Aisling said when I told her I was - finally! - going to meet Handsome Claude (HC). Bitter tears were wept when last year's visit coincided with a trip away, but at long last I was coming face-to-face with Clarins' International Man of Makeup

And ladies, he did not disappoint. Between the cravat, the jawline and that accent, Monsier Defresne was so charming that he almost distracted me from the makeup. Almost.

Demonstrating on his gorgeous model, Niamh O'Toole - personally selected by Claude for her typically Irish colouring - he showed us how to create a natural, 15 minute look that's more about creating a mood than a statement. 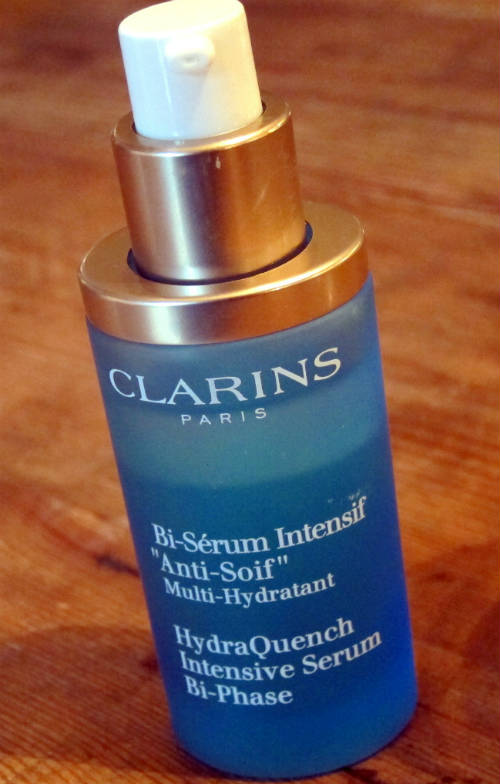 Skincare was first, and a few interesting products were used - like a liquid exfoliator, called Gentle Exfoliator Brightening Toner, and the new Hydraquench Intensive Serum (or serrrrrrrrrrrrrrrum, as I will always think of it henceforth). There'll be more on that at a later date! 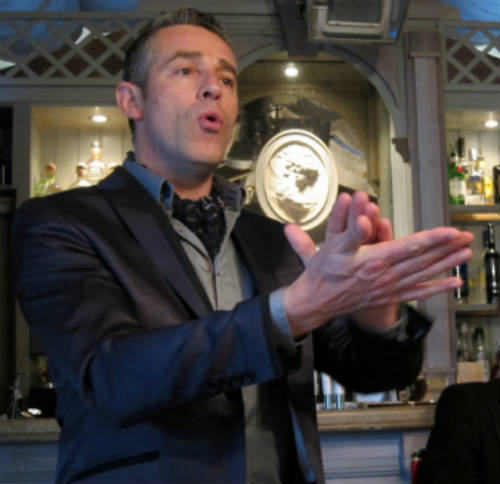 Warming ze skincare product in 'ands makes it slide on

For the base, Skin Illusion foundation was layered over Instant Light Complexion Perfector, which Claude tipped as one of his favourite products for its multitasking ways.

Next, we were shown a nice little tip using the brand's answer to Touche Eclat: Instant Light Brush-On Perfector. Using one shade lighter than the model's skintone, Claude applied this highlighting concealer under the eye and blended it right down the face, in a sort of inverted triangle shape. This trick is frequently employed by Kim Kardashian to catch the light and really highlight the inner section of the face. 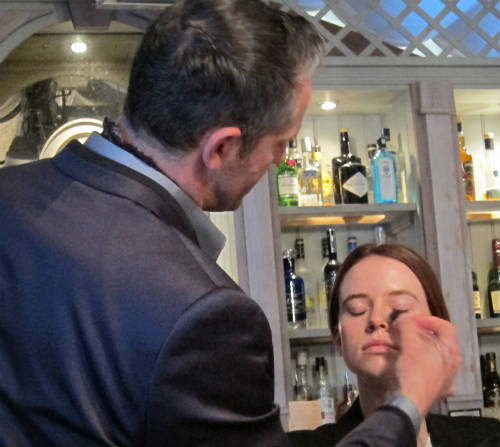 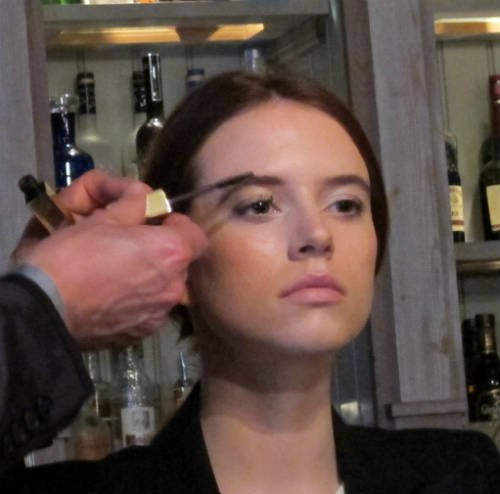 Mascara to define and shape brows 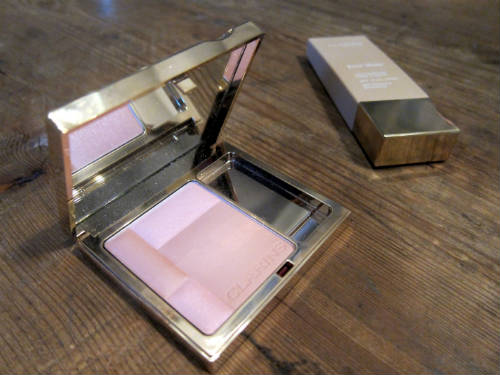 Instant Light Blush in Coral Tonic  was dotted high on Niamh's cheekbones and patted in, with a dusting of Blush Prodige Illuminating Cheek Colour as a highlighter, in the aptly named shade Lovely Rose. I just got a quick look at this product, but I already think I'm in love. 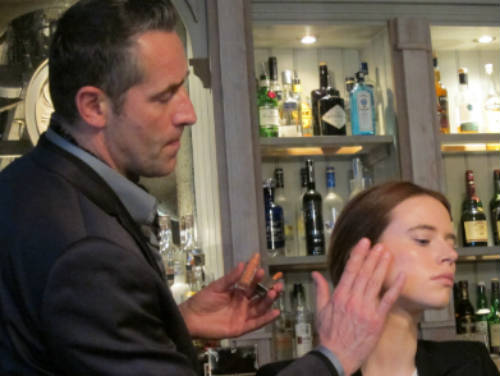 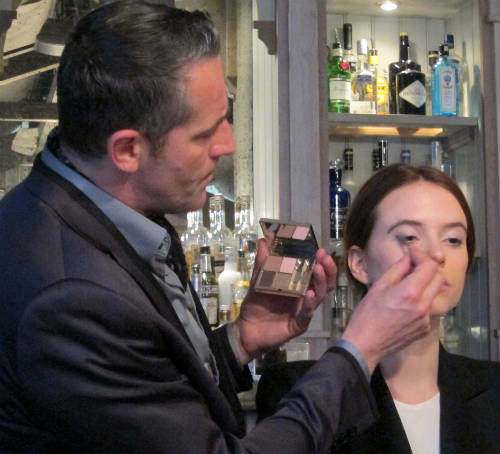 Using the Rosewood Palette on the eyes 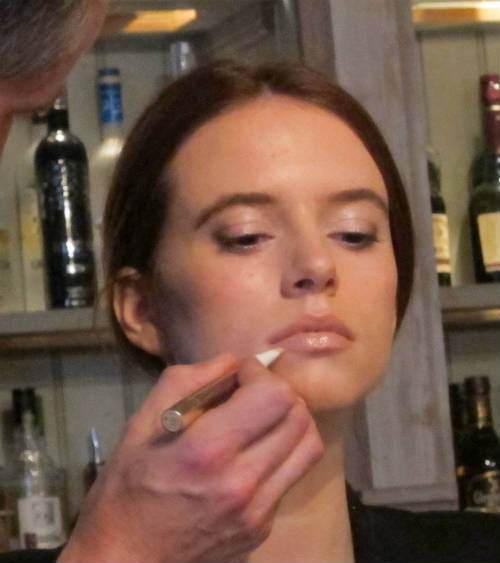 Running concealer around the lips to make them appear fuller

The eyes were kept quite simple: the lightest shade from the Eye Quartet Mineral Palette in Rosewood was applied all over the lid, with the medium brown blended in the outer corner. Instant Definition Mascara in brown was used on both lashes and brows, and a slick of rrrrrrrouge prrrrrrrrrrrrrrodige in Nude finished the look. 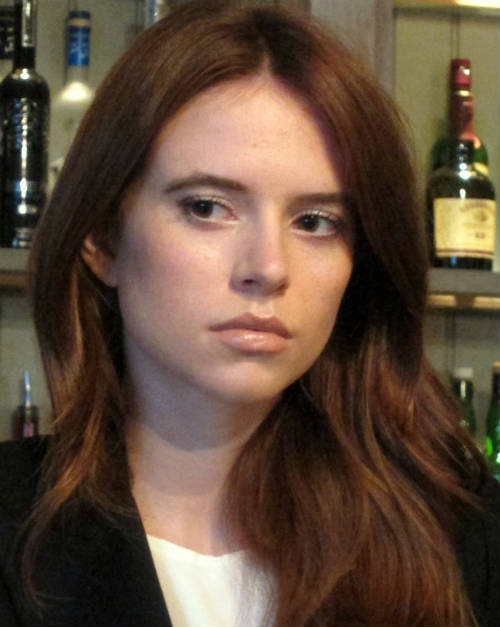 I also came away with a few bits from the Summer collection, which I'll show you in the next couple of days. But for now tell us, are you a fan of the neutral look, or do you prefer stronger colours on your face?