How to: De-Grubbifying Muslin Cloths 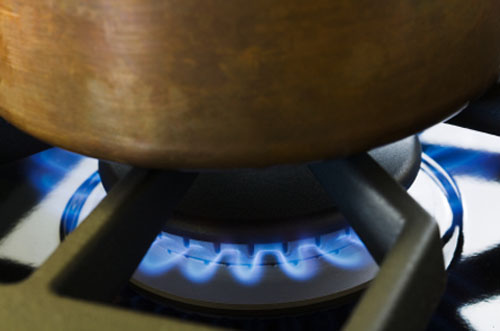 I have about 20 billion muslin cloths that I use for cleansing and makeup removal. Ok, not quite 20 billion but lots, right? And they're all a disgusting and unhygenic-looking sludgy grey colour from too much washing and waaaay too much mascara, even though I rarely use one for more than a day.

40 degrees does not return muslin cloths to pristine whiteness no matter what anyone says and while the cloths themselves are pretty cheap and easily available (try IKEA's kids department for the most bargainous ones),  lots of my double-turned ones from Eve Lom and Liz Earle have absolutely nothing wrong with them barring looking like unsanitary rags.

So I decided to do something about it. Bleaching was not an appealing option for something I use for my face so I got out a big pot, filled it with water and set it on the hob to boil. Once the water was bubbling, I threw in about four or five cloths and a slug of Woolite, turned the heat down and left them to simmer for about half an hour or so. It made the kitchen smell a bit horrible - heated Woolite isn't the nicest scent, fact fans - and I wasn't entirely sure it'd work anyway.

But it did: now, they're not Tom Cruise's massive tombstone-alike teeth white, but they are significantly less grubby than they were, and once they'd been thrown back into a regular machine wash and dried, they looked fine. I'll get a few more months out of 'em, which isn't bad really for feck all effort.