Eyebrow overplucking: the curse of having lopsided brows

"Well that was a big waste of time" I said, sinking into a chair beside Himself and his dad. I'd sent them off to watch the men's 10km Olympic outdoor swim while I'd gone to get my eyebrows threaded, and I wasn't one bit happy with how the deforestation had turned out.

The problem was that my (very bloody expensive) therapist had politely insisted that one of my brows was skinnier than the other. "We either need to let this line of hair grow back on the left brow" she'd said, gently tracing the offending zone with her fingertip while I looked on in the mirror, "or thread another line of hair from the right brow to even them up."

From what I could see, she was leaving me with a pair of lopsided brows and while I accept that eyebrows are supposed to be sister rather than identical twins, I felt like mine weren't even in the same family tree. Still, I decided to nod along, deciding that it would be easier to rectify the situation at home than get into an argument with arguably the city's finest threader.

The lads were clearly unsure whose side to take.

"That WAGON" Himself said unconvincingly. "Mmm" said his dad.

Never one to leave a pot unstirred, Himself piped up. "Can you see any difference in them, Dad?"

And, like a fecking eejit - or maybe a total stealth ninja on a sleeper mission retaliating to the silver back gorilla crack I made about him two years ago in a national newspaper - his dad took the bait.

"I dunno... I think that one" he said, vaguely gesticulating to the allegedly skinny left brow with an allegedly more pronounced arch, "might have more muscle over it or something..?"

I said something about the pair of them not having a breeze what they were on about (my exact retort escapes me now, but I'm confident that it was witty and withering) and looked forward to deploying my Tweezerman/Harajuku Lovers tweezers to even things out. 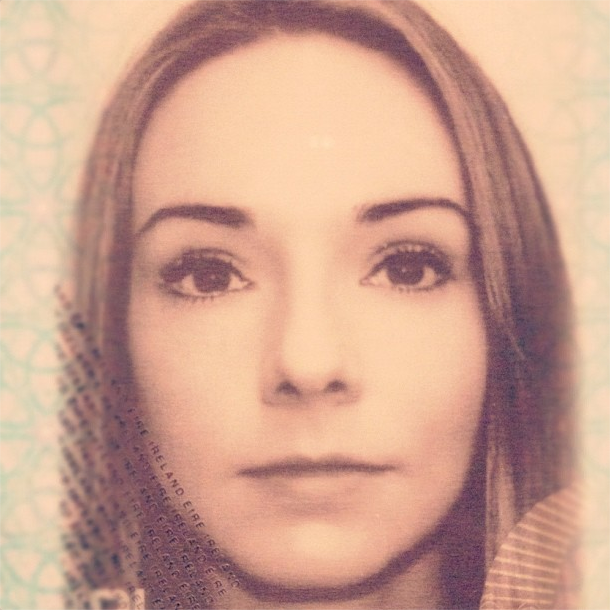 It was only when I got home and looked at my brand spanking new passport photo I felt the cold shiver of slow-dawning horror moving along my spine.

OHCHRISTONABIKEWITHABELLANDABASKETONTHEFRONT, I thought. Himself's dad was fecking right: I had two mismatched hairy squatters on my face.

There are really only two things worse than having lopsided brows. One is your future father-in-law pointing the fact out to you; the other is having it immortalised on your passport.

Needless to say, I'm willing that skinny left eyebrow to grow with all my might. With a bit of luck it'll have filled out a bit for my next passport pic in 10 years time...