Irish Government loses €3.6 Billion: what would you do with the money? 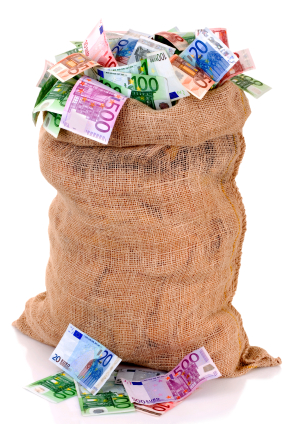 "What's that now Ted? Ah yeah here's that 3.6 billion - in a bag stuffed behind the fridge"

Quite seriously this is like an episode of Father Ted.  If hapless Dougal were heading up the accountancy department that is responsible for calculating our national debt.  A matter of such extreme importance that jobs are lost, lives ruined and people plunged into debt and negative equity on the size of that figure.

But no worries, because there's obviously more responsible people that that looking after our finances.  Isn't there?

While driving home yesterday I heard to my astonishment that due to an accounting error we, as us in Ireland, actually are less in debt than we originally thought.  To the tune of THREE POINT SIX BILLION EURO.

Due to an accounting error.

I'm sorry?  I don't think I heard that right?  Due to an ACCOUNTING ERROR?

Who is this accountant?  Who is responsible?  We as people demand er accountancy.

But we will never get it, what's the betting.

Already regretting my statement handbag purchase in Galway at the weekend (I was forced by Kirstie) I wondered what I would do with a spare old 3.6 billion if I found it at the bottom of said statement bag.

Billions of euro is a sum far too big for most of us to comprehend.  But the same radio station (I think it was FM 104) calculated that if this sum of money was split between every citizen it would amount to 90 grand each.

Now that's a sum of money I can understand.  It speaks my language if you will.

New car, new wardrobe, new shoes handbags, stuff for the house, luxury break in Thailand, pay off a loan, and a good chunk for charity for me I reckon.

What have you been lusting after that a nice 90k windfall would sort out?  Go on -spill the beans!