The Kardashian/Jenner juggernaut continues to swirl, spiral and swell, with their omnipresence likely one of the reasons that the aliens won't be friends with us. Unless the aliens are actually already right in the middle of us and Kris Jenner is at home in Calabasas, sitting on a load of alien eggs and assigning social media profiles to each of them as they hatch.

They are like a black hole, drawing us in as we struggle and flail to get away. There is no escape. And I am fully aware that as I write about them now, I am feeding the beast.

But here's the thing - if you are intending to spend money on one of Kylie's lip kits then you should read this as it may cause you to think twice about your purchase. So while I am adding fuel to the fire, I hope it's smog free. 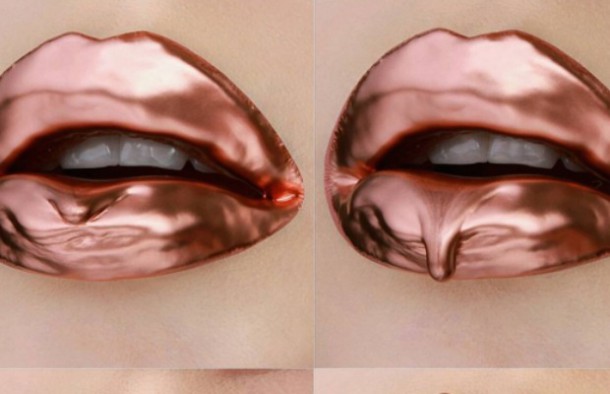 Jeffree Star is an American singer, songwriter, makeup artist, fashion designer and model. He also has his own cult make up range and is probably best known for his Velour liquid lipsticks (you can read more about his range here).

He recently picked up one of Kylie Jenner's lip kits and well, his excitement wasn't exactly palpable.

So I got the new @kyliecosmetics lip glosses.... SO disappointed in this product. That wand is unacceptable. pic.twitter.com/NCkkUer2aV

No shade but... How the fuck can a multimillion dollar celebrity, think this is acceptable?? Was there no quality control?

Just sad as a fan and a makeup customer.. Not what I expected. :(

And others who had used the products were quick to respond.

@JeffreeStar that's how mine came and ruined a pair of my favorite leggings because it exploded!! Will not buy again pic.twitter.com/lZYooE2cC1

Kylie responded in quite the zen-like fashion.

Life is a learning experience and we learn from our mistakes.

But Jeffree was really on one at this stage.

How ironic that it took ME giving an honest review which got world wide attention, to get @kyliecosmetics to make a statement...

But Kylie had taken the feedback on board and had her army of hatched alien babies on hand to send out replacements.

I can now confirm that next week we are sending new brushes to EVERYONE that ordered on 4/1 ?

And Jeffree was quick to restore the balance of Jenner Joy to the world.

There's no beef, I just have a passion for makeup and this industry. Glad the issue is now resolved.

So everyone who's writing me crazy shit, relax and go focus on something positive. I love @KylieJenner and can't wait for whats next!

Have you used any of Kylie's lip products? Did you find them to be hype over quality or did you really rate them?

This €3.50 lipstick from Penneys is going to be your new matte, nude fave

Kylie Jenner has just launched her best palette yet