More Salon Horrors: Lavender isn't so Lovely After all 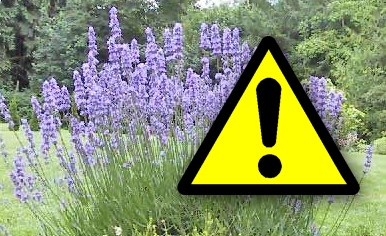 We've been drawing your attention towards a pretty thorny issue recently - that of hygiene in hair and beauty salons. It's a big concern, and we've revealed tales of reused towels and gross waxing practices. I invited you guys to send us your own horrible experiences, and reader American Doll sent us this gruesome tale:

What started as a girlie weekend away, ended up in the A&E. American Doll had a facial in a well known Co. Carlow spa, but almost immediately afterwards, her eyes began to react. Gritty and sore, she kept flushing them with water in an effort to ease the discomfort. It continued overnight, and she made multiple trips to the bathroom to bathe her eyes. As morning came, she knew something was badly wrong. Her eyes were stuck shut, and vision was blurred. A visit to the spa for an explanation netted nothing - they refused to acknowledge that there was an issue. But a trip to the Eye and Ear confirmed that she was right.

The verdict was this: the surface of her corneas were burned, due to something getting into her eyes during the facial. Two weeks of eye drops every two hours helped, but over a year later, her eyes show lasting damage - they're still very dry, and her lashes have been destroyed from the drops.

And the salon? Even though they were informed that medical intervention was required, they didn't care enough to even offer a refund.

So I want to know what you think - should she go back and raise holy hell? I think this is completely unacceptable, and at the very least, the salon should pay for American Doll's medical expenses. Your thoughts, gals?