New One on Me: The Five Finger Forehead 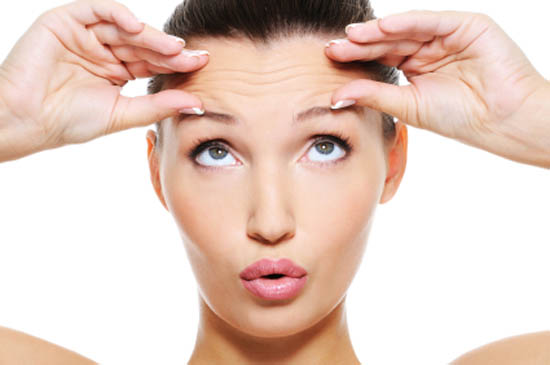 A summary of a conversation which occurred at my place of work recently:

COLLEAGUE ONE: "Oh I like your ring! Where did you get that?"

ME: "Ah thanks! It's Scott Wilson for ASOS. There was actually a matching bracelet but I was kinda put off it because I saw it on Amanda Holden, and y'know ...."

Amanda was given a minute of respectful silence and then:

COLLEAGUE TWO: "she does wear awful clothes though."

COLLEAGUE THREE: "AND she has a five finger forehead!"

Readers, not really being au fait with America's Next Top Model or any Tyraisms barring SMIZE, this was a new one on me. A five finger forehead!? What could it mean? Colleague three helpfully demonstrated by placing her hand across her non-five-finger-forehead. Colleague one was quick to point out that equally bad would be a two finger forehead. Entire office was in stitches at this point.

So, the burning question for today is, how many fingers is YOUR forehead - and no cheating! Spill in the comments.

The Skin Quest: What it's really like to experience a Vampire Facial and Derma Pen