Peeper Power: No Need For Falsies OR Mascara with this Lisa Eldridge-Endorsed LVL Lash Lift

I've heard great things about the LVL lash treatment. It's perfect for someone like me whose lashes just will not hold a curl. Eyelash curlers are brilliant for lots of people, but no matter which brand I use, the curl drops out of my lashes within thirty seconds. Literally. They grow in a downward direction, and that's just the way it is. Until now, at least!

LVL is endorsed by Lisa Eldridge, makeup artist to the stars and all-round good egg. She's renowned for her honesty and integrity, and when she says that something is good, I've always found it to be just that. That's why I was keen to give LVL a go.

It's also different. It's not a lash perm as we used to know them, where the lashes would be curled back around a little roller, which actually robbed them of length and looked quite unnatural. It's a lift, and it does just that. I'll explain the process a little later.

I headed into The Brow Boutique in the Jervis Street Shopping centre. They've recently started providing LVL. Have a Google if you want to find a salon that does LVL lashes near you!

I placed myself in a comfy chair. My eye makeup was removed - it's good to head in without any, but I'd had a full day's work before I went in - and the process was explained really clearly. A guard is placed below your eye, covering your lower lashes. You don't want those sticking up! Next, a guard is placed on your eyelid just above your upper lashes. It doesn't hurt, but is a bit fiddly. If you can't stand anyone or anything near your eyes, then this definitely isn't for you. 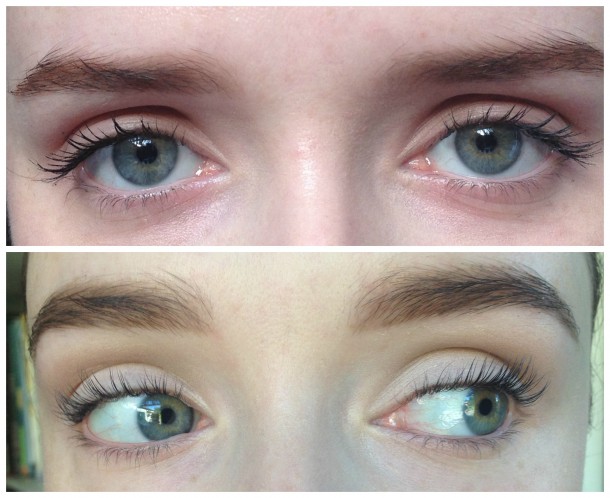 top: Before, with mascara
bottom: After, no mascara

First, a solution is applied which makes your lashes adhere to the guard. You can choose from three sizes of guard depending on the look you want. They go from a subtle lift to more extreme. Naturally, I chose the latter! So they're pushed back (again, it doesn't hurt a bit) and stuck to the guard. At this point, your lashes are pretty much pushed vertically, so rather than a curl, you'll have a wide-eyed, false lash effect. This takes ten to fifteen minutes.

Next, a perming solution is applied, which will ensure that even the most resistant lashes are lifted, and stay that way. This is left on for about twenty minutes. Your eyes are closed for the duration of the whole process. If you get a bit claustrophobic, again, this isn't for you. Overall, you'll be spending 45 minutes or so with your eyes shut.

The perm is followed by a tint. I went for blackest black. Afterwards, all of the tint and other goop is cleansed from the eyes, the guards are removed and you can open your eyes! I was pretty delighted with the results. 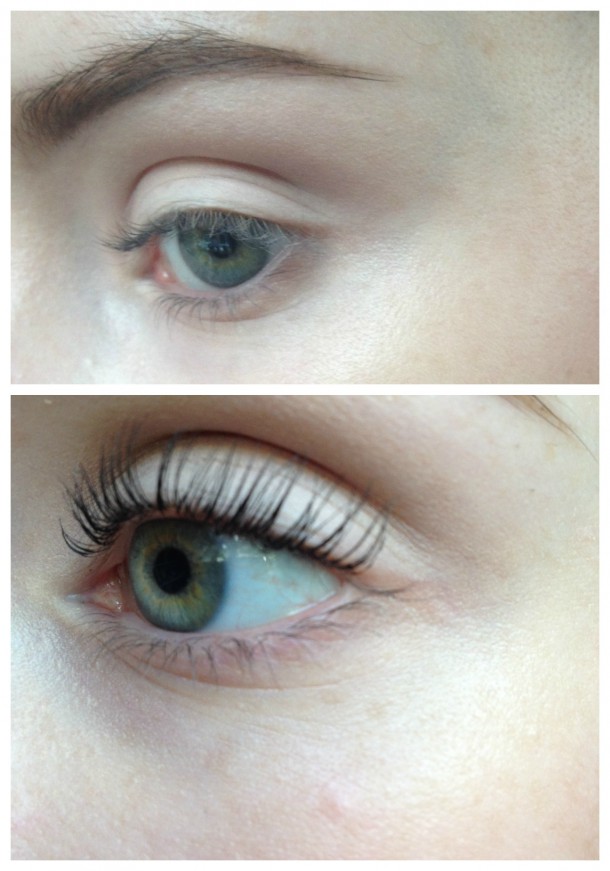 top: before, no mascara
bottom: after, with one coat of mascara

Mascara is now optional. When I do want to wear it, I never need more than one coat. You can't wet your lashes or clean them for 24 hours after the procedure, but after that, you can swim, wear mascara and cleanse with whatever you want to your heart's content. Falsies are pretty much completely irrelevant now. The effects last for a full six weeks. It's great! A week and a half later, and they still look just as they did when I got them done.

The damage? This will set you back €55, and will be a challenge for anyone who isn't comfortable with having their eye area touched or having their eyes closed for up to an hour. If you're a daily wearer of false lashes, this is actually a less expensive way to achieve a more natural looking result!

What do you think of the results? Does this sound like something you'd invest in? Let us know in the comments!

Laura was a guest of The Brow Boutique, Jervis Shopping Centre.