On Monday, a co-worker of mine (who shall remain nameless) exclaimed that he was happy with Helena Bonham Carter's recent appearance, because "She's looked like she's had a wash." Clearly it was in preparation for her impending nude photo shoot involving her cradling a giant tuna betwixt her bosom.

Big Fish: Helena Bonham Carter nakedly embraces a Bigeye Tuna in a series of photos in ... http://t.co/JJDcx1qCmC via @DailyMailCeleb

Let's just focus on the fact that the tuna is lolling there and not other areas for reasons too crude/obvious to repeat here. Indeed, it is very early in the morning to be addressing such things - and, in some instances, no time is a good time.

Helena Bonham Carter strips off with a tuna in ad campaign against overfishing http://t.co/GOFWNx1yKi

Needless to say, Twitter has gone into overdrive. Some are happy to see something salacious that doesn't involve Fifty Shades of Grey...

While others are doing a fine job addressing the glaringly obvious...

Er, didn't someone have to catch that tuna so Helena Bonham-Carter could pose with it...to promote NOT catching tuna? pic.twitter.com/CekiSQq4SQ

Either way, if you were planning on enjoying a tuna melt for lunch, Helena Bonham Carter has given you something to think about... 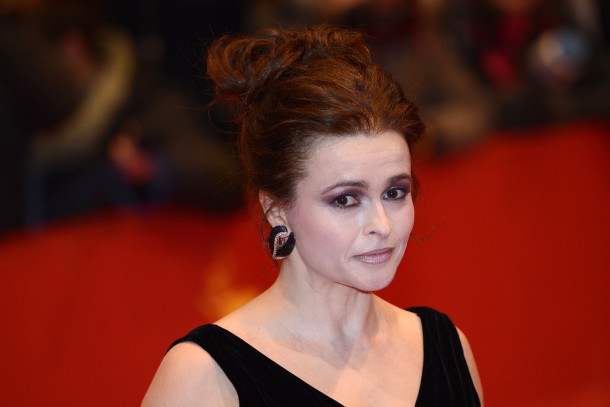 In all seriousness though, is a naked woman cradling a tuna the best way of raising awareness for mercury levels and overfishing? Sure, we're all talking about it, but are we still so basic that we need naked women to highlight things? In this day and age, surely there's an alternative...?